Opinion: Why motorsport’s off-season is a thing of the past 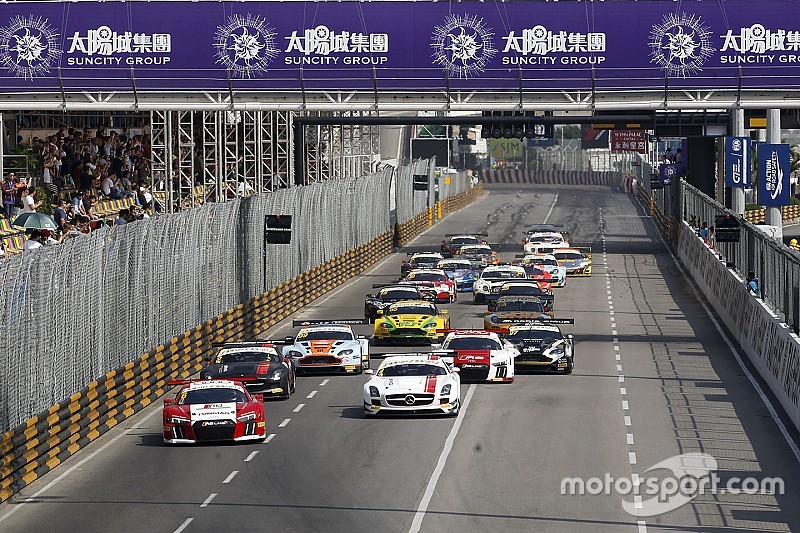 Motorsport.com columnist David Addison argues that there’s now so much racing, especially in the GT world, that it’s almost impossible to take a break.

A friend of mine is a freelance race engineer. He's a very fine one at that: he is in demand from lots of teams in international racing, and regularly we have a competition to see who has got the next big event.

He normally wins; his tend to involve heading to glamorous international locations and I go to Snetterton, for example, but occasionally I have a result.

But we also tend to end our discussion with the same problem: how are we going to swing another week away past our other halves? You see, the close season in motor racing is a thing of the past.

As it transpired, we were both in Malaysia recently for the Sepang 12 Hours, a very good event as it turned out and – apart from whatever illness I have brought back – a very enjoyable two days were spent in Asia.

It was another track to add to my list (that’s nudged it up to 62) and another invoice to send but... it also meant another few days away from home.

I left on Thursday and returned on Sunday; my mate was away for the entire week. Yes, we were earning but it takes its toll on family life as we both have children of roughly the same young age.

Are we wrong to moan? The motor racing landscape has changed massively since I started commentating many years ago [I reckon that number you’re looking for is 25, Adders – Ed]. If we had a November meeting, it was a real novelty.

Then came trips to Dubai for FIA GT season-closers and then Bahrain... and there is Macau and now Malaysia and – of course – the Abu Dhabi 12 Hours on the same weekend (yes, really!).

If you work in Formula 1, the mouse-wheel never really lets you off – apart from the enforced midsummer break. Elsewhere the season is almost non-stop, because just as you get your GT cars back from Sepang or Ab Dab than it is time to crate them out to Dubai for the next 24 Hour event, or Bathurst for the 12-hour race in February, or Texas for the six hours in March and on it goes.

I detect no sympathy from any of you. Why should people involved in the sport complain? Many would love to be in our situation so why don’t we shut up and get on with it? Fair question.

And add to this the fact that the greater number of events means a greater number of opportunities for drivers, engineers, media people and logistics guys to earn a living. We just need to be careful that the bubble doesn’t burst and that people, collectively, don't become so tired that full-to-bursting seasons become unsustainable.

And it’s not just people here, it is the GT3 concept as a whole. Park F1 for a moment: I know its calendar is full but it is a unique category.

GT3 is what Group A touring car racing was in the 1980s: full and varied grids with cars that can drop into different events and championships when you want.

But with the formula being so successful, now everyone wants a piece of it. You have the two Blancpain championships, renamed Cups for 2016, the domestic championships, the new ACO series, the one-off events such as Sepang or Bathurst, plus cars eligible for the Nurburgring 24 Hours as well.

The bulk of these entry lists is made up of wealthy amateurs with gun-for-hire co-drivers, but exploit them and they may well take their money elsewhere.

You could argue that GT championships and one-off events will be subject to market forces and that the better ones, those with proper appeal, will survive and the weaker ones will die out, a kind of natural wastage.

True enough, but it certainly doesn’t help when some events go head to head, like Abu Dhabi and Sepang did, although in fairness to all parties, that certainly wasn't by design.

Hopefully, next year’s calendars will be kinder to both events and personnel who can’t be in two places at once.

But for now, GT racing is as strong, if not stronger, than it has ever been and a full grid of the cars makes for a stirring sight.

When’s the next biggie? I must ring my mate and compare diaries…

GT3 power to be reduced by 10 percent at Nurburgring Nordschleife