Serra, who clinched his third consecutive Stock Car title in his native Brazil this past weekend, was part of Aston Martin's GTE Pro class-winning crew at Le Mans in 2017 alongside Jonathan Adam and Darren Turner.

He was left out as Aston trimmed its line-up that season, and instead proved increasingly successful as part of various Ferrari GT crews, notably winning the GT Daytona class of Petit Le Mans in 2018 with Scuderia Corsa Ferrari and 2019 with Risi Ferrari.

Nielsen, 22, has amassed a huge collection of trophies during an international karting career that has spanned this past decade. The Dane's accolades have included a number of WSK titles, as well as a runner-up finish to current Ferrari Formula 1 junior Callum Ilott in the KF class of the 2014 European Championship and third place in the same class in 2015 World Championship.

He was a race winner in Formula 4 and a Ferrari Challenge champion before joining the Luzich Ferrari crew in this year's European Le Mans Series, winning the GTE title alongside Pier Guidi and Lavergne.

Nielsen, who drives for AF Corse in the 2019-20 World Endurance Championship's GTE Am class, ran with Ferrari's works team in the Bahrain rookie test on Sunday, setting the fifth-fastest time in GTE Pro. 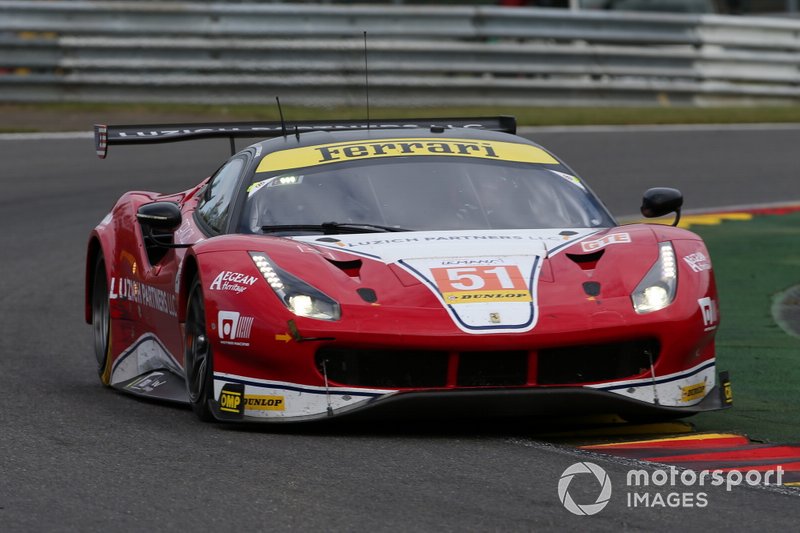