Strong entry for Autopolis round of the GT Asia Series 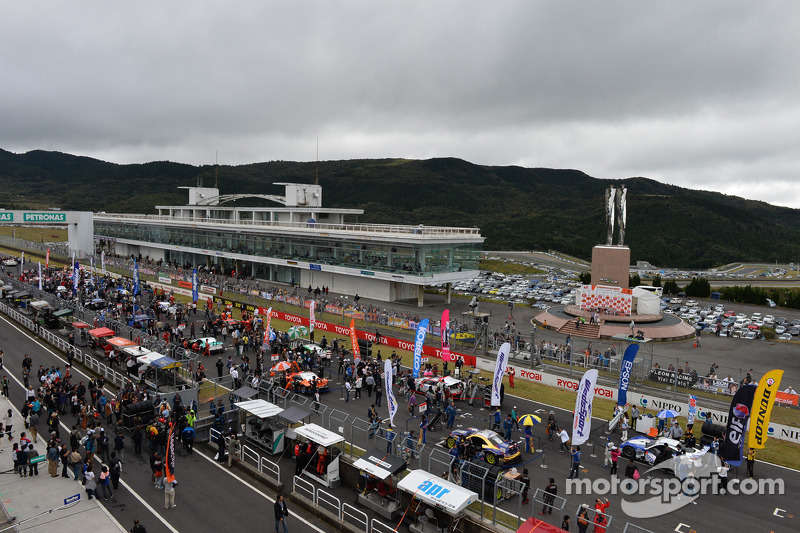 The opening event of the GT Asia Series at Korea International Circuit provided an incredible start to the 2014 season. A late date change had impacted the number of teams who were able to relocate their cars from the Inje Circuit in the north of the country, to the impressive 5.6-kilometre Hermann Tilke-designed Formula One circuit on South Korea’s southwest tip, but for those that did there was praise all round for one of the best GT Asia Series races on record.

Teams have had just over a week to prepare for the second event of the championship at the Autopolis Circuit (in photo) in Oita Prefecture on Japan’s southern island of Kyushu for round three and four of the 2014 season.

After back-to-back victories in Korea, the GT3 field will be out in pursuit of Davide Rizzo and Anthony Liu in the ‘Spirit of Race’ Ferrari 458 Italia, the former Carrera Cup Asia regulars were the standout performers at the opening event against some of the more established teams who in the end were unable to match the GT Asia Series rookies.

As a result there have been a number of driver changes on the Autopolis entry list, together with the addition of more cars in both classes.

Clearwater Racing who held a strong advantage during practice and qualifying in Korea go into the Autopolis event with an unchanged lineup in their three cars, with former Carrera Cup Asia and Macau GT winner Keita Sawa expected to again figure at the front of the field. It also helps that last time the GT Asia Series was at Autopolis, team-boss Mok Weng Sun won the opening wet race (the second race was won by Marchy/Jeffrey Lee) which should list them amongst the outright favourites.

Of all the GT3 teams entered in the Autopolis events, arguably the most anticipated - especially amongst the Japanese fans - will be the GT Asia Series debut of the Nissan GT-R led by SuperGT veteran Tetsuya Tanaka and Japanese Formula 3 regular Motoyoshi Yoshida.

GTM will again be well subscribed, with 13-cars entered, including five Ferrari 458 Challenge cars from Taiwan Top Speed Racing. George Chou and Thomas Fjordbach will be hoping to go one better at Autopolis after finishing second to Takuma Aoki in Korea, but with 2013 title combatants Francis Tija and Wayne Shen back in action, they will have their work cut out for them.

The GT Asia Series returns to the 4.673-kilometre Autopolis for the first time since 2012 where that year’s champion Mok Weng Sun (Clearwater Racing Ferrari 458) and Jeffrey/Marchy Lee (Absolute Racing Audi R8) took race wins. In 2011 the victories went to former champions Dilantha Malagamuwa (who is part of the GT3 field this year) and Tunku Hammam.

The GT Asia Series is sanctioned by the FIA as an International Series and is clearly recognised as the Region’s leading GT Championship. It is jointly managed and promoted by Motorsport Asia Ltd and the Supercar Club Hong Kong and is backed by Yokohama, GRAHAM, KW Automotive, Auto Art, Race Room, RacerLink and Tunewear.

Experience shines through in unofficial practice at Autopolis