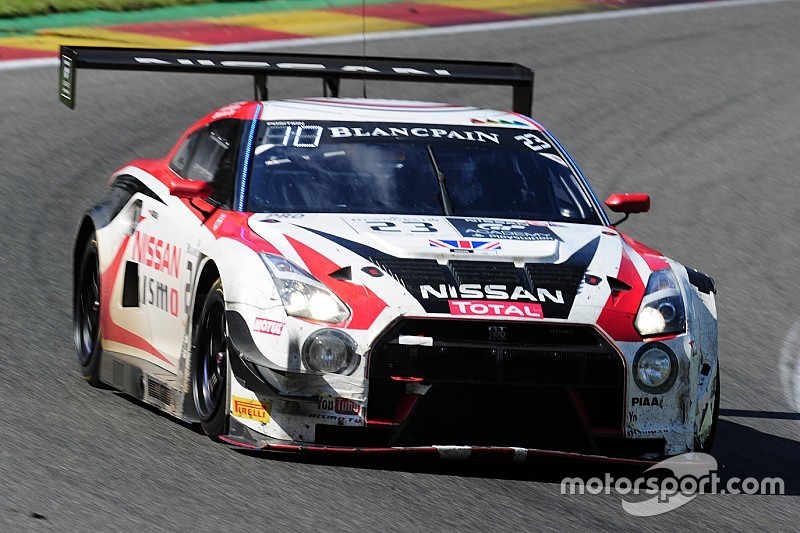 Simmons, winner of the 2015 Nissan GT Academy International competition, will race in the world’s most competitive GT sportscar championship next year, transforming from a Gran Turismo gamer and Australia Post courier van driver in 2015 to a NISMO Athlete in 2016.

Simmons, from Brisbane, Queensland, became the first Australian GT Academy winner when he won the International Race Camp at the Silverstone circuit in August. From there, he was based in the United Kingdom for three months undertaking the intensive Nissan Driver Development Program (DDP).

The progress, skill and dedication shown by Simmons throughout the program has led to Nissan and NISMO to commit to Simmons’ 2016 program early. With his full-time program already locked in, Simmons and Nissan GT Academy Team RJN will skip the 2016 Dubai 24 Hours in January to focus on preparations for the 2016 Blancpain Endurance Series.

As part of Simmons’ progression through the Nissan Driver Development program, he has already tested the Nissan GT-R NISMO GT3 at the Snetterton and Donington Park circuits.

“I can’t believe how much my life has changed since winning at GT Academy Race Camp in August,” said Simmons.

“I’ve always dreamed of being a racing driver, even racing a Nissan GT-R, but nothing could have prepared me for that moment when I was told I’d be racing a GT-R NISMO GT3 in the Blancpain Endurance Series next year.

“Six months ago I was driving an Australia Post courier van in Brisbane. Even then, I knew my only chance of achieving my racing dream was via GT Academy, so I gave it everything I had.

“Winning was in some ways just the start of the journey. Once the Driver Development Program begins, you spend three months developing all the elements required to complete the ‘gamer to racer’ journey.

“What blew me away the most about the Driver Development Program in the UK was the resources, support and expertise on offer. I literally had a team of experts working with me every day for around three months on driving, simulator testing, fitness, diet and sports psychology.

“I’m determined to repay the faith that everyone has shown in me by making the most of every day and every opportunity that I get. I have to keep working hard and improving to ensure I represent the Nissan PlayStation GT Academy program and Australia in the best possible way.”

“Australia has a new driver to cheer for in international motorsport, but it is surreal to think that earlier this year he was an Australia Post courier van driver by day and a PlayStation gamer by night,” said Emery.

“While Matt’s pathway may be different, he has truly earned his place. Matt has displayed great dedication, skill and maturity since winning the GT Academy International Race Camp in August. It is that effort and application that has allowed the program to lock in his 2016 program early.

“His progress has given everyone confidence that he will continue to improve and work hard as he prepares to compete in the Blancpain Endurance Series in 2016 in a 550-horsepower Nissan GT-R NISMO GT3.

“Matt has transitioned from ‘postie to pro’ in roughly six months. It is amazing to think that he has gone from driving a GT-R on Gran Turismo to racing one in real life in such a short space of time.

“But once you see the efforts of both Matt and those involved in the Driver Development Program, you can see why GT Academy has produced such a long and successful list of graduates.

“Everyone at Nissan Australia is extremely proud of Matt’s efforts and we will be right behind him every step of the way.”