The Blancpain GT Series, created to bring together under one banner the successful Blancpain Endurance Series and the former FIA GT Series.

The Blancpain GT Series, created to bring together under one banner the successful Blancpain Endurance Series and the former FIA GT Series, is the only international series that is exclusively reserved for GT3 cars. This exclusivity makes it the most important GT championship in Europe and a model for GT Racing expansion worldwide.

The GT3 category, the concept of driver categorisation, race formats, fuel consumption rules as well as additional bronze tests reserved for amateur drivers were all introduced by SRO before becoming the norm across GT series in Europe and elsewhere. The SRO-monitored Balance of Performance and national homologations, published in collaboration with the RACB and the MSA, are also part of an increasing number of partnership agreements made between SRO and series and event promoters around the globe. 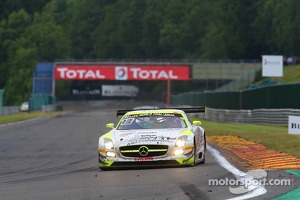 In the Blancpain Sprint Series, 22 cars are confirmed for the full season with a couple of extra cars expected at each round on a race-by-race basis. The season will kick off at Nogaro in France from April 18th to 21st. Among the drivers at least two former F1-drivers, with Nelson Piquet Jr. and Alex Zanardi, who are both making their debut at the wheel of a BMW Z4 GT3. The Brazilian will share a car of the AH Competiçoes Team Brasil with young team-mate Matheus Stumpf, while the Italian Olympic champion will race his ROAL Motorsport machine alone.

Among the main candidates for the overall Sprint Series title is the sensation of 2013, Maximilian Buhk. The 21-year-old German, winner of the Total 24 Hours of Spa and reigning champion in the Blancpain Endurance Series, will compete at the wheel of an HTP Motorsport Mercedes. Up against him are defending Pro-champions Laurens Vanthoor and Stéphane Ortelli, who will each get a new team-mate – Cesar Ramos and Roman Rusinov respectively. Both will still defend their title at the wheel of an Audi R8 LMS ultra, though.

Laurens will once again defend the colours of the Belgian Audi Club Team WRT while Stéphane Ortelli joins the G-Drive Racing team. In the Pro Category, they will have their hands full with the competition, with representatives of BMW (AH Competiçoes Team Brasil and ROAL Motorsport), Ferrari (new entry Scuderia Villorba Corse), Lamborghini (Grasser Racing Team), McLaren (Italian newcomer Bhaitech), Mercedes (HTP Motorsport), and last but not least the other Audi representatives Novadriver and Phoenix Racing. The latter have former FIA GT1 champions Marc Basseng and Markus Winkelhock among their drivers.

The newly created Silver Cup, reserved for Silver drivers aged 25 and under, will be the subject of some fierce battles between some exceptional young talents, all eager to show off their driving skills and to pocket the additional prize money awarded to the class, allowing for a 50,000€ reward for winning a race overall.

In the Pro-Am category, President and CEO of Blancpain, Marc A. Hayek and his regular team-mate Peter Kox will make their Sprint debut at the wheel of their Blancpain Racing Lamborghini LFII and are immediately considered to be among the favourites for a class still slim for the time being but likely to grow with race-by-race entries. Impressive newcomers in the Blancpain Endurance Series

The Blancpain Endurance Series also has an impressive entry list for 2014. The 44 cars on the starting grid represent no fewer than twelve prestigious car brands. Thirteen of those machines will compete in the Pro Cup, while the hugely popular Pro-Am Cup can boast an entry of 21 cars, and the fight among the ten cars in the Gentlemen Trophy will be exciting as well.

The newcomers on the grid for the first race in Monza (April 11th-13th) include some impressive new machinery, with likes of the new Bentley Continental and the Chevrolet Camaro GT3. Their times during the official Blancpain GT Series testing days at Paul Ricard showed that both will be a force to be reckoned with, especially since both teams will have former F1 drivers in their ranks. Jérôme D'Ambrosio has recently been announced as an official Bentley driver, his first drive after the end of his F1 career in 2012. 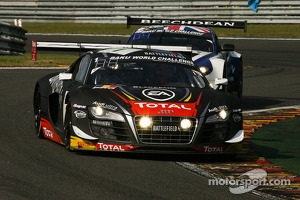 They will have to deal with some of the Blancpain Endurance Series stalwarts however, such as former Team Champions Belgian Audi Club Team WRT, and HTP Motorsport, who last year took their Mercedes SLS AMG GT3 to an historic win in the Series’ highlight, the Total 24 Hours of Spa.

In the Pro-Am category the reigning champions Nissan GT Academy Team RJN introduce a whole new line-up, with plenty of new young racing talents that proved themselves during the tough GT Academy selections. Joining them is 26-year-old Japanese driver Katsumasa Chiyo. It is the first time the former Japanese Formula 3 champion will compete in a championship outside his own country.

In the Gentlemen Trophy the Ferrari 458 Italia seems to be the weapon of choice, with five of the ten entries sporting the Prancing Horse. However, reigning champion Jean-Luc Blanchemain has switched from a Ferrari 458 to an Audi R8 LMS ultra, sharing the car with Belgian drivers Christophe Kelders and Yves Weerts.

After a thrilling 2013 season, the SRO Motorsports Group is ready to start a new era with the Blancpain GT Series. The quality and quantity of the drivers and teams on the entry list prove that the Series is by far the best-supported and most competitive GT competition on the racing planet.

Stephane Ratel (CEO and Founder of SRO Motorsports Group): “Looking at the entry lists for the Blancpain GT Series, we are very delighted to see the many top-level drivers and teams who are joining us for this year’s competition. Their professionalism will help us continue the success story that started during the inaugural year of the Blancpain Endurance Series in 2011. It is also inspiring to see that several young talents have decided to join the ever increasing ranks of GT drivers, in an effort to show their racing skills to a wide audience.

The new Silver Cup in the Blancpain Sprint Series is aimed at those youngsters, and their duels will prove to be one of the highlights of this season, I am sure. The Blancpain GT Series represents the next step in the continuing growth of GT racing. We are obviously delighted with the continued support, enthusiasm and dedication of our partner Blancpain, one of the world’s most esteemed and respected watch manufacturers. Together we are looking very much forward to 2014, which promises to be a truly exceptional season of racing.”