A host of Ferraris in the Spa 24 Hours 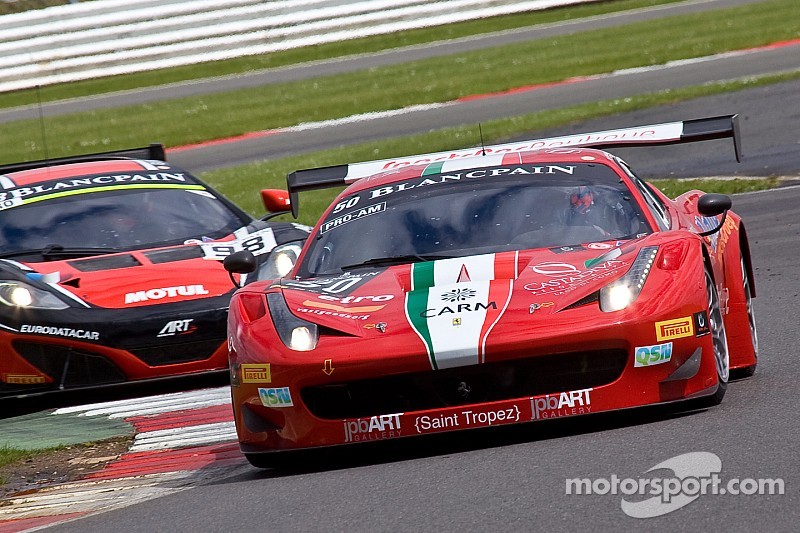 This weekend’s round of the Blancpain Endurance Series is one of the most prestigious races in motor sport, the Spa-Francorchamps 24 Hours.

Spa-Francorchamps – The race was first held in 1924, which was held on the old 14 kilometre track and won by Frenchmen Henri Springuel and Maurice Becquet, at the wheel of a Bignan 2l at an average speed of 78.3 km/h. This year, no less than 19 Ferraris will take part in two of three Blancpain series categories, the Pro-Am Cup and the Gentlemen Trophy.

As a team owner. Ferrari boasts no less than 15 wins in the Belgian classic, although strangely enough not all these wins came in…Ferraris! But that’s easy to explain as Enzo Ferrari twice won with his eponymous team before the actual Ferrari company existed and he raced Alfa Romeos. The first of the wins came in ’32 courtesy of Italy’s Antonio Brivio and Eugenio Siena in a un’Alfa Romeo 8C 2300 MM, and in 1936, when the win went to the Alfa Romeo 8C 2900 of Italy’s Francesco Severi and France’s Raymond Sommer. The 1932 race also marked the first appearance of the Prancing Horse on the Scuderia cars.

As a constructor. After Ferrari was founded, there came three overall wins. The first in 1949, when the winner, also victorious in the Le Mans 24 Hours, the famous French race, was Italo-American Luigi Chinetti whose co-driver in the Ferrari 166 MM was France’s Jean Lucas. The second was in 1953 with a 375 MM Pinin Farina factory berlinetta driven by Giuseppe Farina, the first ever F1 world champion, teamed with England’s Mike Hawthorn, who would go on to win the F1 world title in 1958. The final overall win came in 2004 on the new 7 kilometre track and was even a one-two finish. The BMS Scuderia Italia 550 Maranello won with Italians Luca Cappellari and Fabrizio Gollin, and the Swiss Lilian Bryner and Enzo Calderari. Second was the 575 Maranello GTC of the GPC Giesse Squadra Corse, driven by Italy’s Fabio Babini, Austria’s Philipp Peter, Belgium’s Vincent Vosse and the former F1 driving Finn, Mika Salo.

Class wins. Over the years, Ferrari has also taken ten class wins, the most recent being last year, when it secured a double in the Pro-Am Cup with the AF Corse car of Duncan Cameron, Alex Mortimer and Ireland’s Matt Griffin and the Finn Toni Vilander, who beat the similar car entered by SMP Racing. The winners are also taking part this year, at the wheel of car number 54. I the Gentlemen Trophy, last year saw a clean sweep of the podium for the Sovref ASP car driven by France’s Jean-Luc Blanchemain, Jean-Luc Beaubelique and Patrice Goueslard and Belgium’s Frederic Bouvy. Second was a 458 Italia GT3 entered by Sport Garage, with a Kessel Racing car third. Today is made up of free practice and the first qualifying session, with pole being decided tomorrow.

Villorba Corse ready for night qualifying of the Spa 24 Hours