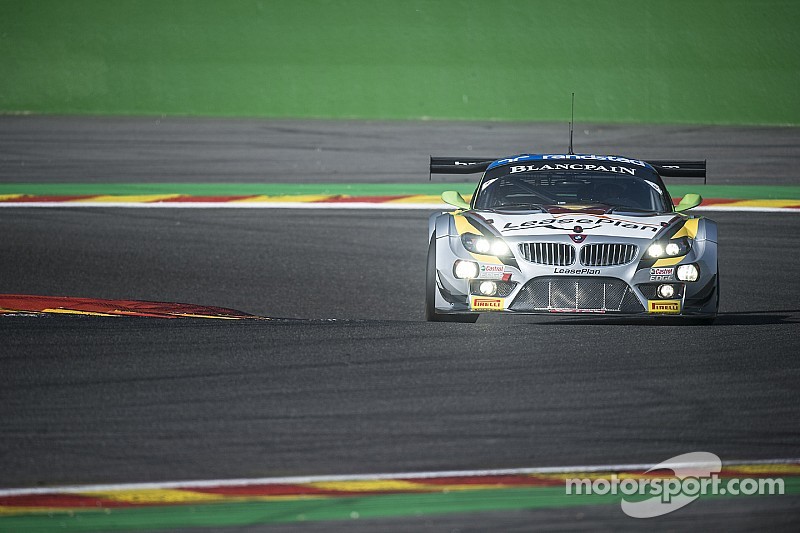 There might be fewer Belgian drivers at the start of the Total 24 Hours of Spa than usual, but their ambitions remain very high. Ambitions that are shared by a number of Belgian squads.

In Pro Cup four ‘Red Devils’ will defend their chances, at the wheel of four different cars. Nico Verdonck played his trump card long before the start of the Total 24 Hours of Spa, by joining HTP Motorsport at the start of the season. Verdonck is sharing a Mercedes SLS with Swiss driver Harold Primat and German Bernd Schneider. Last year, the latter was one of the drivers on the winning SLS.

Laurens Vanthoor and Maxime Martin will feel well at ease during the race weekend in the Ardennes, since they are competing for teams they know like the back of their hands. Whether in sprint or endurance, Laurens Vanthoor is one of the pillars of the Belgian Audi Club Team WRT. Thanks to its excellent performances, the squad enjoys the support of Audi Sport and sees its driver line-up strengthened by a couple of factory drivers.

I have been racing at the Total 24 Hours of Spa since 2006, so it is definitely my home race.

The same goes for BMW Sports Trophy Team Marc VDS and BMW Motorsport. Marc van der Straten’s team has developed a strong relationship with the sports department of the Munich constructor, which is why the team from Charleroi can count on the services of several factory drivers. Maxime Martin is spearheading the team, for Bas Leinders has decided not to drive one of the team’s BMW Z4. That way he can fully focus on his role of team manager.

The fourth Belgian musketeer in Pro Cup is relatively new to the world of endurance racing. Jérôme D'Ambrosio, M-Sport Bentley might not have the most experience in the matter, but that will not stop him in aiming for a podium finish at least. Furthermore, his Bentley Continental GT3 was developed by a Belgian engineer, Christian Loriaux.

Belgium is well represented in Pro Cup then, and the same goes for the Pro-Am Cup. Seven Belgian drivers and two Belgian teams hope to carry the black-yellow and red colours to the podium. Belgian Audi Club Team WRT joins this category for the first time this year, since Gentlemen Trophy-drivers Jean-Luc Blanchemain and Christian Kelders are joined by Fred Bouvy and Vincent Radermecker, moving their Audi R8 LMS ultra to the Pro-Am Cup.

Wolfgang Reip will try to improve on his third place finish of last year, again at the wheel of a powerful Nissan GT-R from the British workshops of RJN. Louis Machiels, a regular frontrunner in the category and former winner in Pro-Am, is again joined by his Dutch comrade Niek Hommerson and two italians, Andrea Bertolini and Marco Cioci. Local boy Michael Albert is also driving a Ferrari, entered by Sport Garage. And last but not least there is Frédéric Vervisch, aiming to shine at the wheel of a McLaren MP4-12C of Boutsen Ginion Racing, the Belgian squad led by Olivier and Olivia Lainé.

Finally, in Gentlemen Trophy two drivers carry the Belgian flag. The quick and experienced Stéphane Lemeret shares a Delahaye Racing Porsche 997 GT3 R with Pierre-Etienne Bordet and Alexandre Viron, while Bernard Delhez is aiming for the win at the wheel of a Ferrari 458 Italia of Sport Garage.

Nico Verdonck (#84 HTP Motorsport Mercedes SLS AMG GT3): “I think that together with Harold Primat and Bernd Schneider we are one of the most homogenous teams on the starting grid. That is a major asset in an endurance race, just like it is very important that the team makes the right calls concerning the pit stops and driver changes. I think HTP Motorsport has proven last year that it is up to the task.”

Maxime Martin (#66 BMW Sports Trophy Team Marc VDS BMW Z4 GT3): “I have been racing at the Total 24 Hours of Spa since 2006, so it is definitely my home race. I think I have a good chance alongside my team-mates Augusto Farfus and Jörg Müller, as they have both experience and speed – everything you need to be successful in an endurance race.”

Wolfgang Reip (#80 Nissan GT Academy Team RJN Nissan): “I am really looking forward to the Total 24 Hours of Spa. Not only is it my home race, but I also performed well in a recent British GT round at the Belgian track. If our car is as reliable as it was in 2013, and there is no doubt in my mind that it will be, we should be able to do at least as good as last year. Our Am drivers are excellent, so we should aim for at least a podium finish in the Pro-Am Cup. If we can add a top-10 overall to that result, that would be magnificent.”