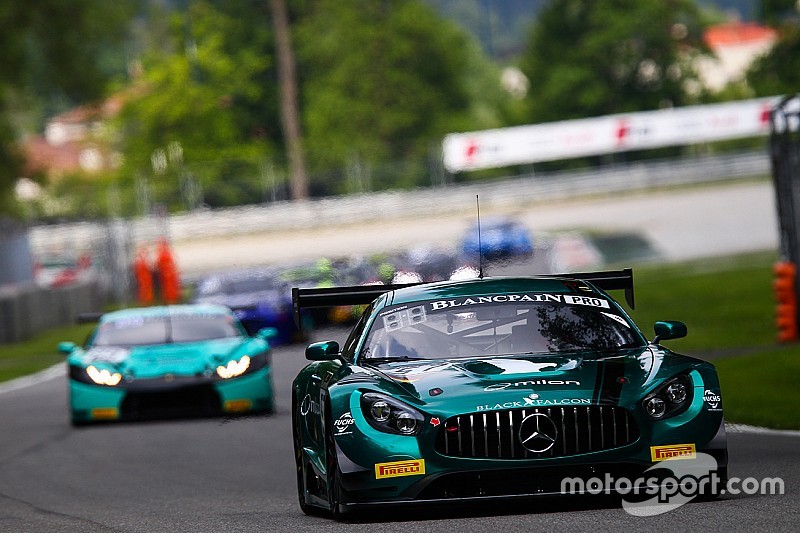 AMG - Team Black Falcon’s relentless 2016 racing campaign continues without a pause, and soon the team will be crossing the English Channel to the United Kingdom for the second round of the Blancpain GT Series Endurance Cup on May 14-15. The venue is the famous Silverstone race track, and AMG - Team Black Falcon’s six drivers in Mercedes-AMG GT3s will be looking to build on the solid finishes they achieved in the opening race of the season at Monza in Italy.

Centred around the highlight of the GT racing year, the Spa 24 Hours, the Blancpain GT Series Endurance Cup comprises three hour races with two mandatory pit stops for cars running to the GT3 specification. The series sees Mercedes compete at the highest level against premium brands like Porsche, Ferrari, Bentley, Lamborghini and McLaren.

Silverstone is the venue for the British Formula 1 Grand Prix and is considered the home of British motorsport. It held the first ever race for the fledgling Formula 1 World Championship back in its debut year of 1950 and is no stranger to sportscars: like Monza, its 1000km races are part of motor racing’s heritage. Although the track has changed dramatically in detail over the decades, its flat-out nature has never changed. Fast corners lead to ultra-fast straights, putting a premium on outright performance, so the Mercedes-AMG GT3s should be right at home.

Another capacity grid is expected for this second race of the season. 57 cars were entered at Monza, and the fastest 31 cars were covered by just a single second in qualifying. Eight different manufacturers had cars in the top eight when the chequered flag flew, which demonstrates how tightly packed the field is – and the challenge that faces AMG - Team Black Falcon.

In the Pro class for all-professional crews, the AMG - Team Black Falcon #57 Mercedes will feature a trio of super-fast drivers: Hubert Haupt (Germany), Adam Christodoulou (United Kingdom) and Andreas Simonsen (Sweden). All three drivers put in star performances at Monza, with Adam’s closing stint a stand-out as he brought the AMG - Team Black Falcon Mercedes-AMG GT3 up through the order to finish sixth overall. The Pro-Am class features squads which have at least one gentleman driver: in #56 Oliver Morley (United Kingdom) is partnered by Mercedes-AMG works driver Maro Engel (Germany) and emerging talent Miguel Toril (Spain).

Saturday May 14 will see the two Mercedes take part in free practice and pre-qualifying sessions ahead of an early start on Sunday for the main qualifying. The race then goes green at 15:00 BST – and another fraught three-hour race is guaranteed.