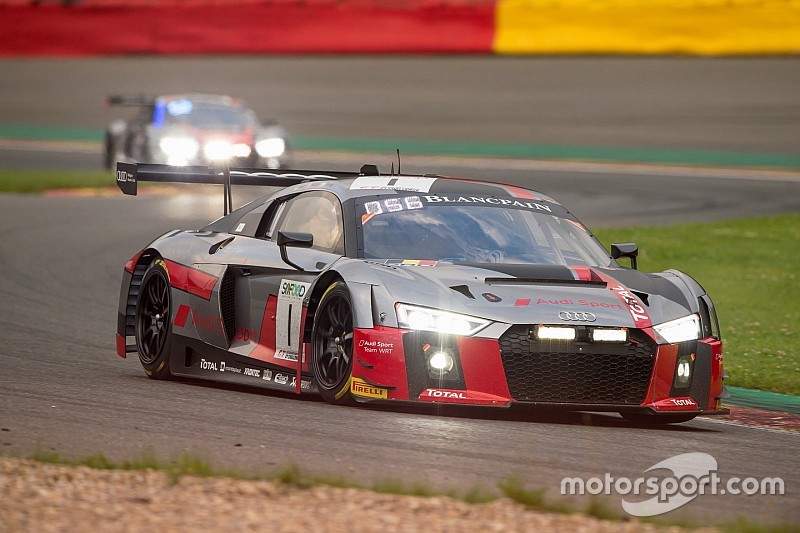 Three DTM drivers will share one of Audi's factory cars for the defence of its Spa 24 Hours crown next month.

Reigning DTM champion Rene Rast, Nico Muller and Robin Frijns will team up in a works R8 LMS fielded by the Belgian WRT squad in the blue riband Endurance Cup round of the Blancpain GT Series on July 28/29.

Frijns returns to the race to share with Rast and Muller, who finished sixth in 2017, after missing last year's event to contest the Formula E finale in Montreal with the Andretti team.

WRT, a two-time winner of the Spa enduro, will again field a pair of factory entries.

The second WRT entry will be raced by its regular line-up of Dries Vanthoor and Christopher Mies, both Audi Sport drivers, and Alex Riberas.

They are contesting the full BGTS endurance season and are currently leading the points after winning the opening round at Monza in April.

The Belgian takes the place of Jules Gounon, who became a factory Bentley driver for this season.

A further three Audi-contracted drivers have been placed in customer R8s.

Jamie Green and Pierre Kaffer will both race for Attempto, Kelvin van der Linde will drive for Land Motorsport and Frank Stippler with Team Car Collection.