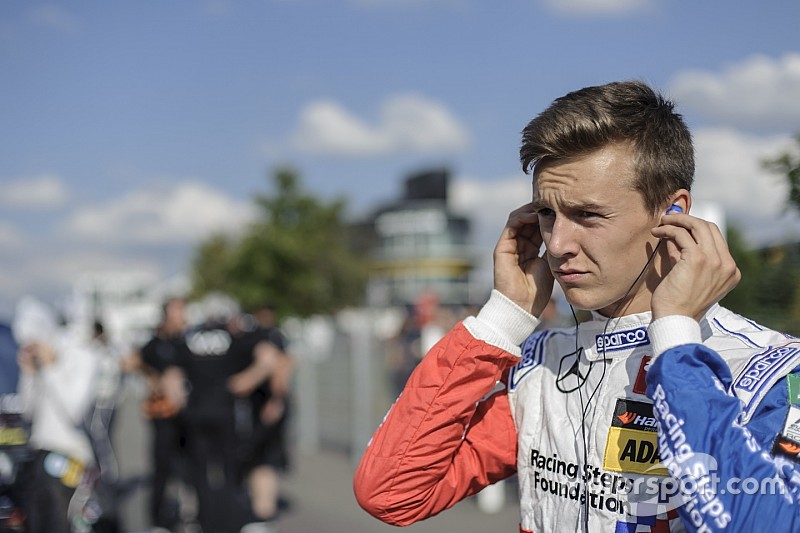 European F3 driver Ben Barnicoat will join Audi WRT for the last Blancpain Endurance race of the season at the Nurburgring.

Racing Steps Foundation-backed Barnicoat has made a step up to European F3 after two years in Formula Renault 2.0 and is currently eighth in the standings.

The 19-year-old will take on his first race in Blancpain, as well as in sportscars in general, teaming up with Pierre Kaffer and Adrien de Leener in the #4 Audi WRT entry.

WRT, which has recently announced it will be debuting in ELMS, also added former Porsche junior and current ADAC GT championship leader Connor de Phillippi to its lineup, who will race alongside Christopher Mies and Will Stevens.

In addition, DTM regular Adrien Tambay will replace Filipe Albuquerque, who is on FIA WEC duties in Austin.

"We have always been attentive to new talents and always been keen to give a chance to youngsters," said team boss Vincent Vosse.

"We will have no less than three of them with us this weekend and clearly it is a way of thinking about the future. Adrien and Connor, despite their young age, are already established drivers, with great achievements.

"In the case of Ben, his presence is the result of our cooperation with the Racing Steps Foundation, an organization whose mission is scouting and supporting young talents.

"I have a lot of respect for what they do and I am glad we could achieve this. Ben was selected after a test in Barcelona, which involved also Jake Dennis.

"Both did a great job and we really had to toss the coin to make a choice."

The #1 car of Laurens Vanthoor, Dries Vanthoor and Frederic Vervisch and the final trio of Robin Frijns, Stuart Leonard and Michael Meadows will enter the round with an unchanged lineup.

Blancpain GT Series Endurance Cup to be decided at the Nürburgring