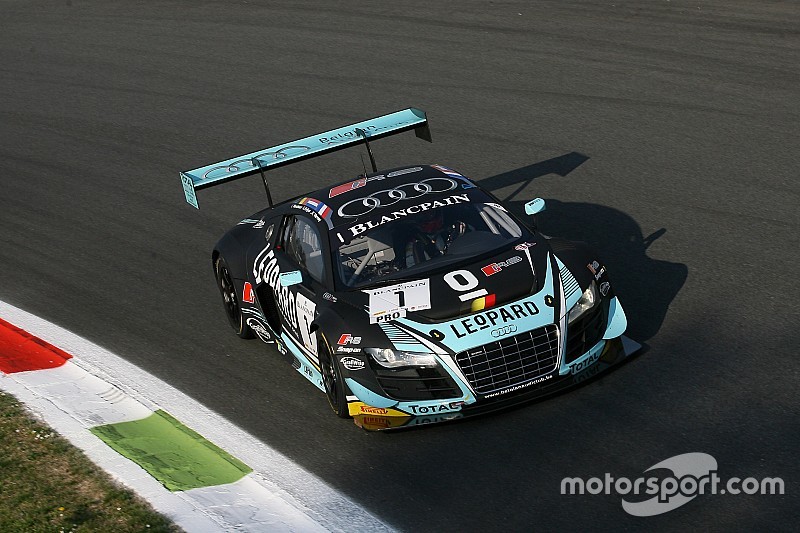 The Belgian Audi Club Team WRT lived a difficult and frustrating weekend at the Paul Ricard, which this year hosted the 6-hour race of the Blancpain Endurance Series. The circuit in Southern France has never been the most favorable to the Audis, but both the new R8 LMS and the R8 LMS ultra were clearly out-paced this time.

A string of issues, mostly punctures and incidents but also a gearbox problem on car #1, further hit the Belgian Audi Club Team WRT cars, two of which (Rast-Rockenfeller-Vanthoor and Vernay-Frijns-Müller) finished the race but out of the points, while Richelmi-Stippler-Ortelli were stopped few minutes from the end. The only satisfaction came from the fourth car (under WRT banner) of Bottemanne-Koebolt-Schothorst, who took 8th in Pro-Am. These results brought to losing the provisional leadership in the points standings, although the situation remains extremely close ahead of the most important race of the season, the Total 24 Hours of Spa.

It has clearly been a bad weekend: no points, quite some damage, many punctures and even a mechanic slightly injured during a pit stop.

Belgian Audi Club Team WRT team principal Vincent Vosse could not hide his disappointment following the race: “It has clearly been a bad weekend: no points, quite some damage, many punctures and even a mechanic slightly injured during a pit stop. It’s certainly not what we sought prior to Spa, but the most worrying is that the performance wasn’t there. We still have to analyze thoroughly the data, but they show we were off-pace everywhere and none of our cars was in the top 15 of fastest cars during the race. This said, we are not going to be broken by a bad weekend. On the contrary, we are going back to work with even greater determination, as we always do when things get tougher!”

As expected, the Paul Ricard, with its long straights, proved challenging for the Audis R8 since first practice. The Belgian Audi Club Team WRT cars managed to reduce the gaps in qualifying, but that didn’t yield great positions on the grid, with Vanthoor on car #1 posting 12th-fastest in Pro Cup, Ortelli in car #3 taking P25 and Vernay in car #2 P27.

It took two formation laps for the 60 car-strong field to line up correctly for the start. The initial phases, despite a brief safety-car period prompted by an accident involving three of the front-runners, looked extremely promising for car #1, as René Rast had climbed up to 7th overall at the half-hour mark. Forty-five minutes into the race, Rast went into the pits for what seemed an early first pit stop, but unfortunately, there was more trouble: a gearbox problem that required reparation, losing 5 laps. The car rejoined the race in P53 overall and since there, its race was a restless charge to try to regain the lost ground, with Rast, Rockenfeller and Vanthoor making their utmost and eventually finishing 14th among Pro Cup cars.

Car #2 had its share of trouble as well: Vernay had taken the start and climbed positions, a job that Frijns continued later making it up to P8. The progression was abruptly stopped when the Dutchman got in contact with the Phoenix Audi then driven by Winkelhock, two hours and 15 minutes from the end. Repairs costed a couple of laps and a subsequent drive-through that even Winkelhock deemed unjustified. The car rejoined in P38 and ran most of the final part together with car #1 to take a final P15 in Pro Cup.

Car #3 of Richelmi-Stippler-Ortelli (in that driving sequence) seemed the one having the clearer race, with no major hiccups and a constant albeit less spectacular progression, entering the top ten overall shortly after four hours. Unfortunately, its efforts were made useless twenty minutes from the end, when it was 7th in the Pro Cup, when it suffered a puncture and did not restart from the pits.

It was instead a good race for the three young drivers of the Team WRT-entered car #4, with Bottemanne-Koebolt-Schothorst taking a final 8th in Pro-Am after qualifying 27th overall and having been as high as 4th in the race, suffering a puncture in the final hours.

Now, the most important race of the year...

Time now for the Belgian Audi Club Team WRT to prepare for the most important race of the year, the Total 24 Hours of Spa, scheduled as usual at the end of July. Test day for the big enduro in the Ardennes is to take already next week on Wednesday 24th June. Next racing appointment will though be the fourth round of the Blancpain Sprint Series, in Moscow on 3-4 July. The race, initially scheduled on the downtown street circuit, is now confirmed on Moscow Raceway.

Drivers’ provisional standings after Round 3 of 5 (Pro Cup)

Teams’ provisional standings after Round 3 of 5 (Pro Cup)