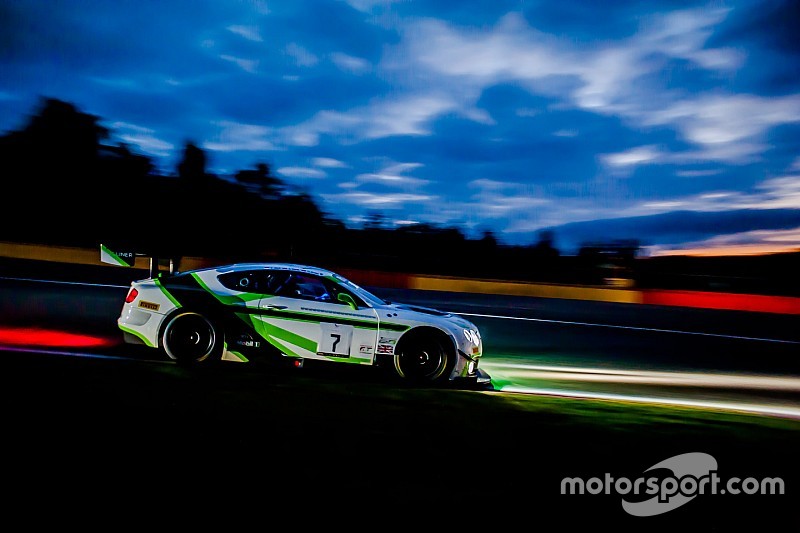 Bentley will field a third factory car in next month's Spa 24 Hours as it bids for its first victory in the Belgian endurance classic.

The British manufacturer has brought in the German Abt team, which led its challenge for Nurburgring 24 Hours honours last month, to run an additional Continental GT3 alongside the two regular factory Blancpain GT Series entries from M-Sport.

The extra Continental GT3 run by Bentley Team Abt will be driven by Nico Verdonck, Jordan Pepper and Christer Jons, who were part of its line-up at the Nurburgring.

"At the Le Mans 24 Hours, the number of factory LMP1 cars meant there was a one-in-five chance of winning, but the number of top cars at Spa means there is a one-in-30 chance.

"We have three Continental GT3s all capable of getting a great result, and that’s a good position to be in going into one of the most important races in the world."

Audi is running four factory R8 LMS GT3 cars at Spa, while Mercedes is likely to have a similar number.

Gush added that M-Sport "had something to prove" after its near-miss in last year's 24 Hours at Spa, saying: "They will take forward what they have learned and will share this with Bentley Team Abt."

Abt is scheduled to take part in the official Spa test next Tuesday alongside M-Sport.

The second car, which is shared by Guy Smith, Oliver Jarvis and Steven Kane, have only scored two points in the three endurance races so far this season.