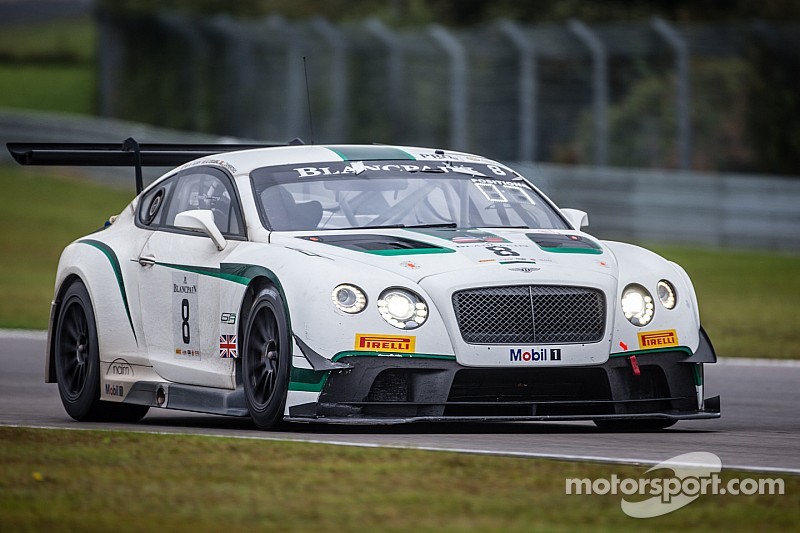 Crewe - Bentley Motorsport announces its full schedule of races around the world for 2015 after a successful debut season for the racing version of Bentley’s iconic Continental GT grand tourer, the Continental GT3. Building on the success of the 2014 season, which saw the Continental GT3 win three races on two continents and finish second overall in the Blancpain Endurance Series, for 2015 the programme expands to cover six race series over four continents.

Bentley’s Director of Motorsport, Brian Gush, comments: “2015 promises to be a very exciting year for Bentley Motorsport, as we grow our programme through customer teams to see the Continental GT3 facing fresh challenges at new tracks across the globe. This year will see the most extensive campaign of racing in Bentley’s illustrious history, as we continue to use the Continental GT to build on our racing heritage.

2015 sees the brand’s Works team, Bentley Team M-Sport, return to the Blancpain Endurance Series. In addition, Bentley is also taking on three of the world’s premiere sports car endurance events. The Bentley Motorsport season will begin with the two Continental GT3s of Bentley Team M-Sport tackling Mount Panorama in the Bathurst 12 Hour on Sunday 8th February. Later in the year, Bentley will also enter arguably the world’s most gruelling endurance race – the ADAC Zurich 24h Race at the Nürburgring – an event for which preparations began earlier in 2014 when Bentley took part in two VLN series test races. The year will close with one final endurance race, the Gulf 12 Hours at the Yas Marina circuit in Abu Dhabi.

Works, Works-supported and customer teams for 2015

Alongside the Works team, Bentley announces additional partner teams to race the Continental GT3 in key regions, as Works-supported entries:

Following a race-winning half-season in 2014, Bentley Team Dyson Racing will contest the full Pirelli World Challenge season in the U.S.A.

• In Europe, Bentley Team HTP will use five Continental GT3s to race in the Blancpain Sprint Series,

• In Asia, Bentley Team Absolute will compete in the GT Asia series

The Works and Works-supported teams are complemented by customer teams, who will extend the racing activities of the Continental GT3 even further, including events such as the Dubai 24 Hours and the Australian GT series. Bentley’s customer racers have already had success with the Continental GT3, including a win in the NGK Racing Series in Dubai.

Bentley Team M-Sport also announces its driver line-up for the 2015 season. After scoring victories at Silverstone and Paul Ricard, and finishing second in the Blancpain Endurance Series in 2014, car #7 retains the all-British trio of Guy Smith, Andy Meyrick and Steven Kane. The three Bentley Boys are looking forward to a second complete season with the team, and to working together again. Andy Meyrick comments:

Andy Soucek comments: “It feels fantastic to join Bentley, a company with such a long and prestigious connection with motorsport. Racing for this team will be very special to me and I’m excited to take on the challenge. I drove the Continental GT3 for the first time at Portimao recently, and was really impressed with its performance. I’m looking forward to getting the season underway.”

The 2014 season in review: Primat success on and off the track

Andy Meyrick continues with Bentley for 2015