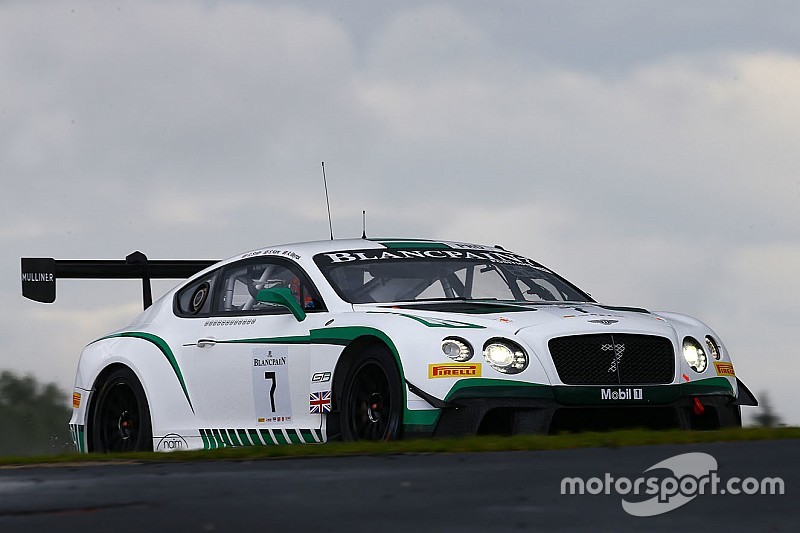 The team headed to the Nürburgring knowing it needed a win to secure the two highly-sought-after championship titles, which would be no mean-feat in only its second season of GT3 racing. Showing focus and determination, the drivers of the pair of Bentley Continental GT3s set about challenging their rivals and proved to be a force to be reckoned with.

With 45-minutes remaining of the three-hour race, Kane, in car #7, was in third place and hunting down the race leader. Setting the fastest lap of the race, his charge was impressive, but he was soon held-up by the second place Nissan. Despite getting the most out of the car and soon passing-by, he ran out of time to close down the first place car and they had to settle for second.

“We couldn’t have asked for more from our car, team or drivers today or, for that matter, all season,” commented Brian Gush, Director of Motorsport at Bentley.“We knew it was a tall-order to clinch the titles and I’m impressed with how close we came today. Everyone in the team dug deep and gave it their all and that makes me extremely proud.

“The Bentley Continental GT3 has proved again that it’s a car capable of winning the championship. It has been fantastically quick and reliable all season and we are pleased to be battling for international championship wins in just our second year of GT3 racing.”

Bentley Motorsport next competes in the 12 Hours of Sepang on 12 December 2015.

Steven Kane, car #7: “Guy and Andy gave me the car in a really great position. Getting past the Nissan, however, was difficult and this meant that, once I had, I couldn’t catch the leader before the clock ran out. Finishing second place in the championship is great for the Bentley team. I wanted to thank them for giving us a great car at every round this year.”

Andy Meyrick, car #7: “It’s been another fantastic season with Bentley Motorsport and it was great to be challenging for the championship win for the second year in a row. It was just out of reach this year but the team is in a very strong place going into next season.”

Guy Smith, car #7: “The Bentley Continental GT3 has been incredibly strong all season and the team has done a great job to give us a fantastic car at every round. It’s disappointing to come so close to the championship titles but we are proud of everything to team has achieved in just two years.”

Andy Soucek, car #31: “I took over the car in eighth place but managed to pass the Nissan, Audi and Lamborghini, which was a tough fight, and finally we ended up in fifth. That's the most we could do with the time remaining. It’s a bit frustrating because I know this could have turned into a win.”

Maxime Soulet, car #31: “I’ve had a fantastic first season with Bentley Motorsport. We’ve had some highs and lows but learned a lot along the way and am proud to have been part of such a hard-working and dedicated team.”

Maxi Buhk, car #31: “I want to thank the team for giving us a really competitive car all season and congratulate them all on finishing in second place in the championship.”