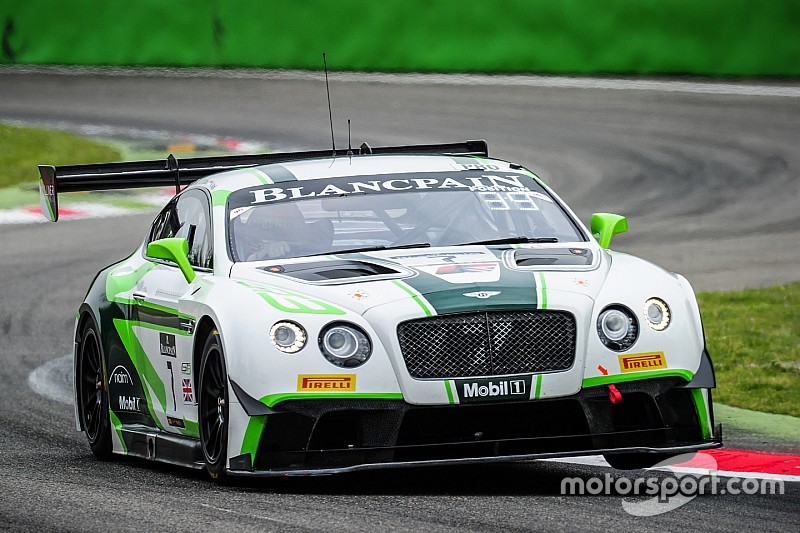 It’s been a busy weekend for our Continental GT3s, racing across three different countries.

In the UK, the fourth round of the Blancpain GT Series took place at Silverstone and the Bentley Team M-Sport works team added more points to its championship tally as the #7 Continental GT3 of Guy Smith, Steven Kane and Vincent Abril finished in eighth place.

The Continental GT3 also took its 250th race start at Silverstone, with the honour falling to the #24 Team Parker Racing Continental GT3 driven by Tom Onslow-Cole (GB), adding to a tally for the racing version of Bentley’s iconic GT that now includes 21 wins and 50 podiums.

Meanwhile, Bentley’s European team, Bentley Team ABT, completed its preparations for the upcoming Nürburgring 24 Hours by racing in the third round of the VLN series, finishing eleventh overall.

“It’s been a busy weekend for our Continental GT3s, racing across three different countries” said Bentley’s Director of Motorsport Brian Gush. “To celebrate the Continental GT3’s 250th race start just two and a half years into our programme shows how we have rapidly expanded to become a prominent player in the world of GT racing.

“Bentley Team Absolute had a fantastic weekend in Korea and, while it’s a shame we couldn’t emulate this in the UK, the team is now fully focused on Nürburgring 24 Hours in two weeks.”

The Nürburgring 24 Hours starts on Saturday 28 May and Bentley Motorsport will enter two Continental GT3s.