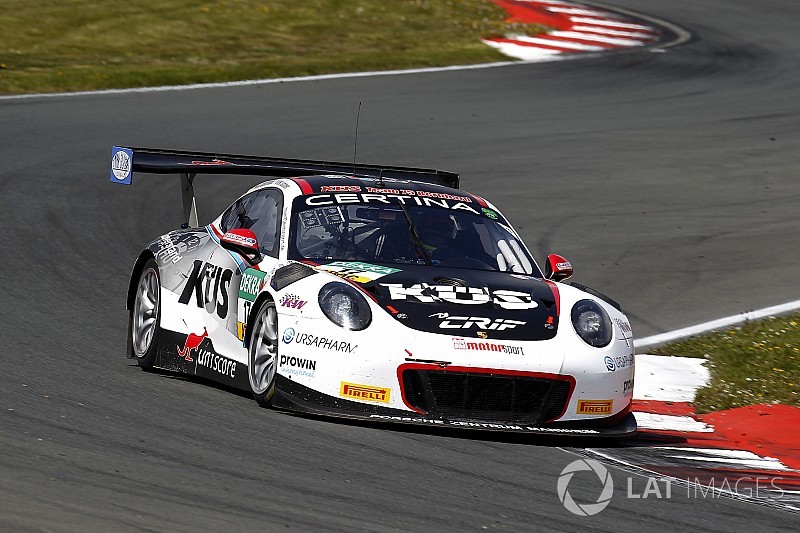 The German team, founded by two-time Le Mans winner Bernhard and run by team manager Klaus Graf, will make its debut in a 24-hour race.

Team 75 is known for its exploits in the domestic ADAC GT Masters, Porsche Carrera Cup and VLN championships, and is known to have been on Porsche's radar for a factory assault at Spa.

Bernhard said: "Although the memories from the win at the Le Mans 24 Hours are still very fresh I’m already thinking about the next 24-hour race. With Michael, Kevin and Laurens we have three of the world’s best endurance drivers in our Porsche 911 GT3 R.

"Spa will be the very first 24-hour race for our team, so our goal is to learn as much as possible and do a good job. I’m very proud of the performance and the development of the team so far.”

While Vanthoor won the Spa 24 Hours in 2014 with former employer Audi, and Estre also has previous experience of the Belgian race, Christensen is new to the event.

"It’s a really nice project,” Vanthoor told Motorsport.com. “It’s not a factory team with 3,000 people, but just a small squad. It’s a positive story for everyone, also for the Blancpain GT Series and for Porsche."

“I know Kevin very well because he was my teammate in the US and he took part in Le Mans with Michael. The three of us get along very well.”

Muller will line up alongside Mathieu Jaminet, Daniel Allemann and Ralf Bohn in one of the Herberth cars, while Lieb is joined by team owner Alfred Renauer, Robert Renauer and Jurgen Haring in the other.