Mirko Bortolotti has parted ways with Lamborghini ahead of the 2020 season, and will instead be an Audi factory driver.

Erstwhile Red Bull and Ferrari junior Bortolotti, 29, joined Lamborghini back in 2014, and in 2017 he won the Blancpain GT Series Endurance Cup title alongside Andrea Caldarelli and Christian Engelhart for the factory-backed Grasser Racing Team.

The following year he helped Grasser to GT Daytona class victory in the Rolex 24 at Daytona, and replicated that achievement at the start of the 2019 season.

On Monday the Italian driver stated on his Instagram profile that he is embarking on a new adventure for the 2020 season, which was followed by the news that he is to join Audi's stable of works-contracted drivers for its customer GT3 teams.

"End of an era," Bortolotti wrote prior to the Audi announcement. "After six years with Lamborghini, I will start a new career chapter today.

"Before that I wanted to take a minute and say thank you to Lamborghini and all the staff for this amazing journey together. Thank you for believing in me and for making me who I am now. Proud of what we achieved together coming from the bottom.

"Now it’s time for me to move on to new adventures. All good things come to an end. The memories, respect and my love for the brand will stay forever."

In 2019, Bortolotti contested both legs of the Blancpain GT Series, finishing fourth in the World Challenge Europe segment and 13th in the Endurance Cup, albeit missing the final race of the latter series due to a clash with the ADAC GT Masters series.

He and Engelhart finished second overall in the German-based championship with three victories to their name.

Erstwhile GP3 racer Patric Niederhauser, who claimed the ADAC GT crown in an Audi R8 LMS this year alongside Kelvin van der Linde, has also been named as a factory Audi driver. 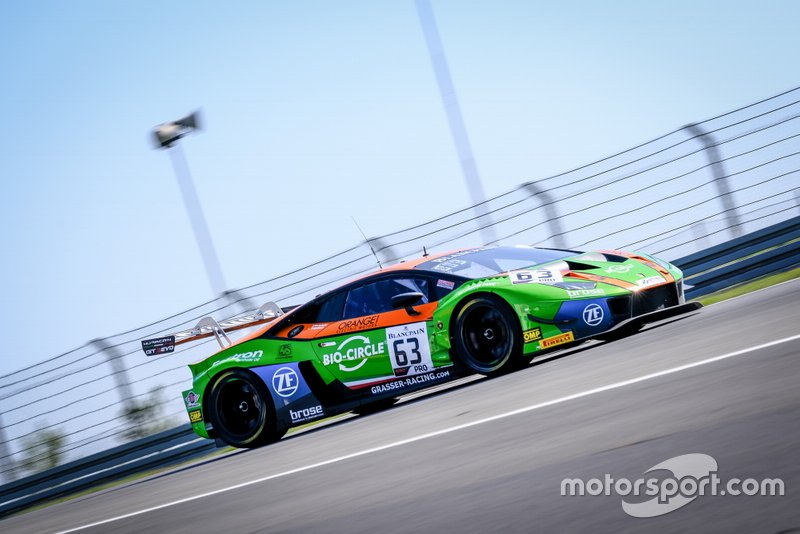