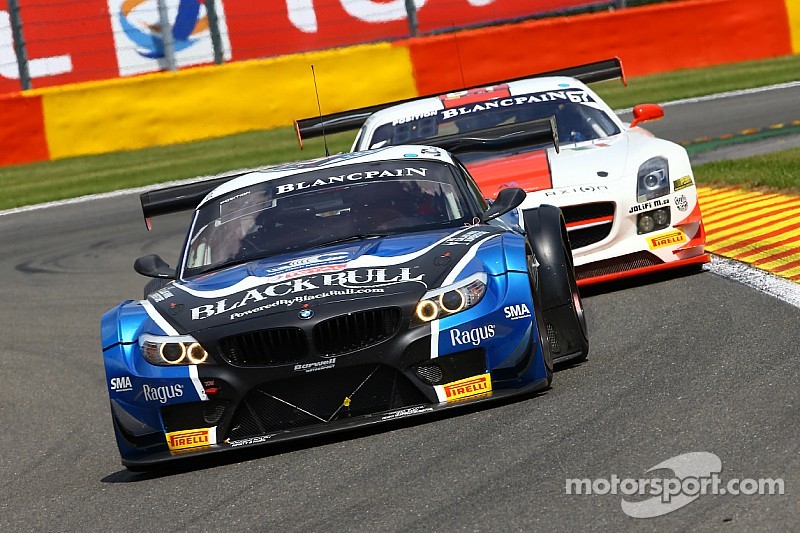 Ecurie Ecosse Powered By Black Bull will continue to challenge for the Blancpain Endurance Series Pro-Am title this season, which kicks off at Monza on April 11/12.

Alasdair McCaig and Olly Bryant return for another season behind the wheel of the legendary Scottish squad’s BMW Z4 GT3 along with prodigious British racing talent, Devon Modell, who will replace Andrew Smith while he takes a short break from racing to concentrate on business commitments.

After a glittering karting career, 24-year-old Modell moved into sportscar racing last year and immediately proved to be one of the fastest drivers in the British GT Championship’s GT4 category by claiming the runner-up spot. He went on to make a stunning GT3 debut at the Nurburgring BES finale by finishing second in the Pro-Am category after a mature performance in treacherous conditions.

We narrowly missed out on the Pro-Am title last year and will be doing everything in 2015 to challenge for it.

The Scottish squad now hope to improve upon last year’s third places in both the Drivers’ and Teams’ championships, and repeat its 100% points-scoring record. Although its final result was affected by Francesco Castellacci’s decision to split from his regular season outfit before the final round, the team was still the second highest-scoring full line-up in the Drivers’ standings after also finishing runner-up in the blue riband 24 Hours of Spa.

Once again Ecurie Ecosse can call on the support of numerous long-term partners in their respective title bids. For a fifth season Barwell Motorsport will oversee its on-track programmes, while this will be the fourth campaign featuring BMW Motorsport’s involvement. The team is also delighted to announce the continuation of its successful commercial partnerships with Black Bull Whisky, John Clark Motor Group, SMA, Ragus, and The Calais Wine Superstore, as well as new partner, Indian Summer Gin.

Alasdair McCaig: “I am delighted to be involved in the Ecurie Ecosse GT programme for a fourth year running. We narrowly missed out on the Pro-Am title last year and will be doing everything in 2015 to challenge for it. A great working relationship with Barwell and Ecurie Ecosse, and a new driver line-up comprising Olly, Devon and myself should be the makings of a successful season.”

Olly Bryant: “I'm thrilled to be back at the wheel of the Ecurie Ecosse BMW in 2015. We should be a strong force in the Blancpain Endurance Series and I'm pleased to be sharing the car again with Alasdair and welcoming Devon into the line-up. This programme would not be possible without the support of our loyal sponsors and the hard work from everyone at Ecurie Ecosse and Barwell Motorsport.”

Devon Modell: “It's a privilege to race for such an iconic name as Ecurie Ecosse. In Olly and Alasdair I have two team-mates who came close to winning the title last year and hopefully I’ll be the final piece of the puzzle. The boys at Barwell Motorsport know how to set the car up and run a team that gets the best out of everyone. I can't wait to be back behind the wheel and for the season to start.”

Hugh McCaig, Ecurie Ecosse Team Principal: “I am delighted that Ecurie Ecosse are entering the European GT arena this year by competing in the Blancpain Endurance Series Pro-Am category with Olly Bryant, Devon Modell and Alasdair McCaig, as well as in the Avon Tyres British GT Championship with Marco Attard and Alexander Sims. I am also delighted that our close and very successful partnership with Barwell Motorsport will continue for a fifth season. The excellent relationship that we have also developed with BMW Motorsport underlines the strength of our team of people as a package.”

Mark Lemmer, Barwell Motorsport Team Principal: “After a great season in 2014 our aim is to go one step further and take the title this year, but I’m sure the opposition will once again be fierce! We are looking forward to having Devon on board, and are delighted to welcome back our loyal commercial partners.”

Euan Shand, Black Bull Whiskey: “Following on from a fantastic 2014 for Ecurie Ecosse Powered By Black Bull, we are delighted to continue sponsoring the team in this season’s Blancpain Endurance Series and British GT Championship. Our internationally renowned products are generating much exposure via these channels and the excellent results of Ecurie Ecosse. The Black Bull and Indian Summer brands have been forged over many years and honed to perfection for the enjoyment of the consumer, much like the precision engineering and great organisation behind the Ecurie Ecosse BMW Z4 GT3. A truly great partnership! We wish the team the best of luck in 2015.”

The opening round of this year’s Blancpain Endurance Series comes from Monza, Italy, on April 11/12.

Rowe Racing to race in the 2015 Blancpain Endurance Series