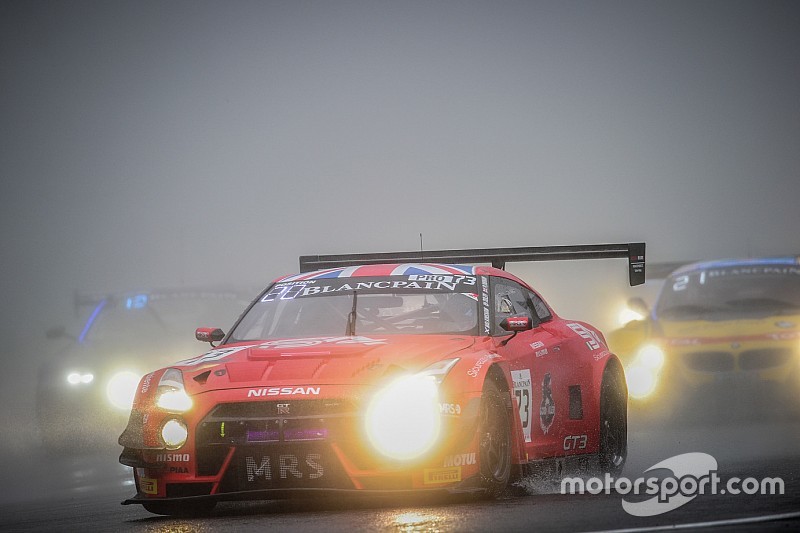 One week before the official prize giving of the 2015 Blancpain GT Series in London, it is time to take a look back at what turned out to be a unique edition of the best GT championship on the motorsports planet.

0: number of laps the victorious #46 BMW Sports Trophy Team Marc VDS Z4 had led in the Total 24 Hours of Spa before taking the lead in lap 406 and staying for the remaining 130 laps.

0.017 sec: the smallest margin to take pole position this year. It came at the longest race of the season, when Frank Stippler was fastest in the Superpole for the Total 24 Hours of Spa, at the wheel of the #2 Audi Sport Team WRT R8 LMS.

1 pole position, that is all the champions in Sprint (Maxi Buhk and Vincent Abril) and the champions in Endurance (Wolfgang Reip, Katsumasa Chiyou and Alex Buncombe) needed on their way to their respective drivers titles.

2: number of laps led by Andy Meyrick, Guy Smith and Steven Kane with their #7 M-Sport Bentley during the Blancpain Endurance Series season. They still finished second in the championship.

3 drivers managed to score class points in every race of the Blancpain Endurance Series: it gave Jürgen Häring, Frank Schmickler and Dimitrios Konstantinou the runners-up spot in the Am Trophy.

3: number of Blancpain Endurance Series pole positions (out of 5 races) for the Lamborghini Huracan.

4 main races of the Sprint season : that was all Laurens Vanthoor was able to participate in during 2015. He won three of them.

4: number of occasions a driver pairing claimed a perfect score of 34 points in a round of the Blancpain Sprint Series: Frijns-Vanthoor in Brands Hatch and Zolder, Seefried-Siedler in Misano and Buhk-Abril in Zandvoort.

11: average number of lead changes during the five rounds of the Blancpain Endurance Series

14: highest number of cars within the same second after a qualifying session of the Sprint Series (Q2 in Misano)

23: number of times the lead in the Total 24 Hours of Spa changed hands during the course of the race

30,2°C was the highest air temperature for a Blancpain GT Series session at the Moscow Qualifying Race. Track temperature was 45,2°C.

35 different driver nationalities were represented during the Blancpain GT Series

61 cars were on the largest grid of the year, at the Silverstone round

1496 laps were raced in the Blancpain GT Series, 524 in the Sprint Series, 972 in the Endurance Series