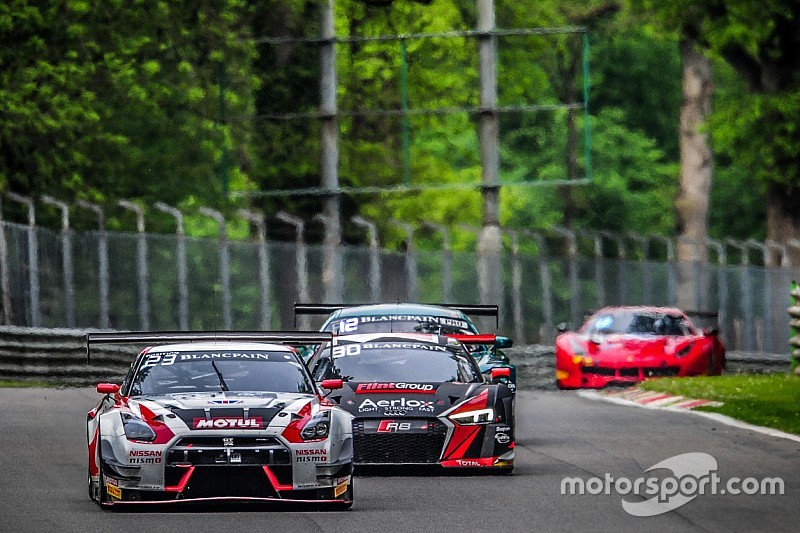 Alex Buncombe brought the car home to the chequered flag in the final stint of the three-hour event for the fourth place finish.

Buncombe qualified the Nissan GT-R NISMO GT3 on the front row of the impressive 57-car grid in second place with Lucas Ordóñez entrusted with the opening stint aboard the No.23 machine.

The GT Academy winner held second place after the green flag and battled strongly in the top five while fighting tire wear in the second half of his stint.

Takaboshi took over for the middle stint and charged back up to fourth place after losing some time in the crowded pit lane - the team having to jack up and rotate the car for the Japanese ace to be able to exit his pit box.

We have improved on where we were last year and now everyone is looking forward to Silverstone.

Buncombe brought the car home to the chequered flag in the final stint of the three-hour event for the fourth place finish. Last year the No.23 GT-R finished sixth here at Monza.

The Pro-AM No.22 entry featuring GT Academy winners, Australian Matt Simmons and Frenchman Romain Sarazin began the race on the charge with Pro-driver Sean Walkinshaw at the wheel.

The Brit moved from 37th on the grid up to 21st before handing over to Sarazin for his first stint. Both he and Simmons impressed on debut with just a single error each - a pit lane speeding violation for the Frenchmen and locked rear brake for Simmons which sent him on a brief ride through the gravel trap. The trio finished 29th overall.

"It was a good points finish for us today," Buncombe said.

"It is a little bit disappointing to not be on the podium after starting on the front row but we didn't have the pace in the second half of the stints with tyre issues.

"I was catching the third place car at the end of my stint but the gap was too big. We have improved on where we were last year and now everyone is looking forward to Silverstone."

Global Motorsport Director of Nissan, Mike Carcamo, was pleased with the performances of the two new GT Academy rookies.

"Both the guys had a great weekend. It is a huge learning experience to be on the grid with so many cars," Carcamo said.

"They brought the car home which was the first goal here at Monza. This was the first endurance race of the season - it is a long year ahead but we are very happy with what we have learned here in Italy."

After completing the Italian Sprint/Endurance double at Misano and Monza, Nissan GT Academy Team RJN will now set its sights on home soil in the UK with a sprint round at Brands Hatch on May 7-8 and the endurance round at Silverstone on May 14-15.