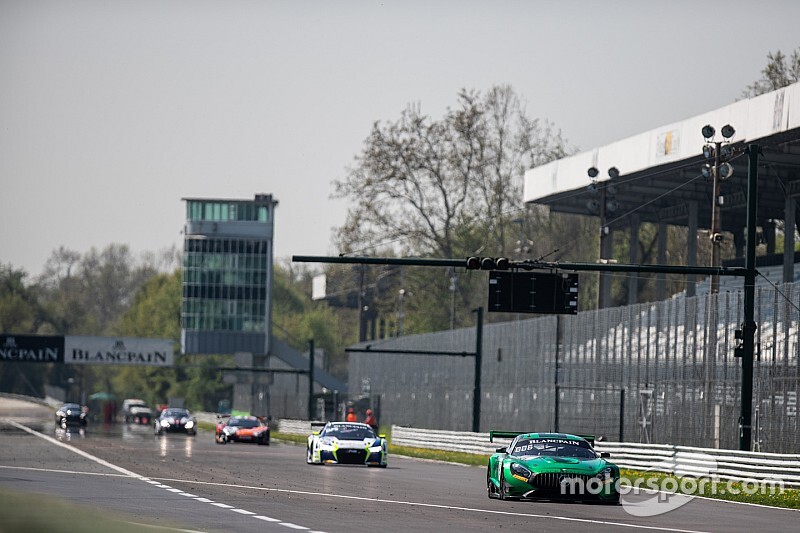 GT World Challenge Europe has cancelled the opening round of the 2020 Endurance Cup season at Monza following quarantine measures implemented by Italy amid the coronavirus outbreak.

The championship was due to kick off on April 19 at Monza, but the start of the new season has now been pushed back until May 10 at Silverstone.

Monza has been removed altogether from the Endurance Cup schedule and replaced by Barcelona, which was supposed to host a Sprint Cup round on October 11.

A new Italian race at Imola has been added to the calendar on November 1, effectively replacing Barcelona on the Sprint Cup schedule.

Italy has been the worst-hit country from the COVID-19 virus outside China, and implemented a slew of measures this month to curb the spread of the disease. This includes quarantining the Lombardy region of the country, in which Monza is located.

GT World Challenge, previously known as the Blancpain GT Series, is the latest championship to be affected by the coronavirus.

MotoGP cancelled the season-opener in Qatar and postponed the second round in Thailand, while doubts have also started to emerge about the next race in the US.

Bahrain has prohibited spectators from this month’s Formula 1 race in the Gulf state, although this weekend's Australian Grand Prix is due to go ahead.

The opening round of the 2020 Super Formula season at Suzuka has also been postponed.