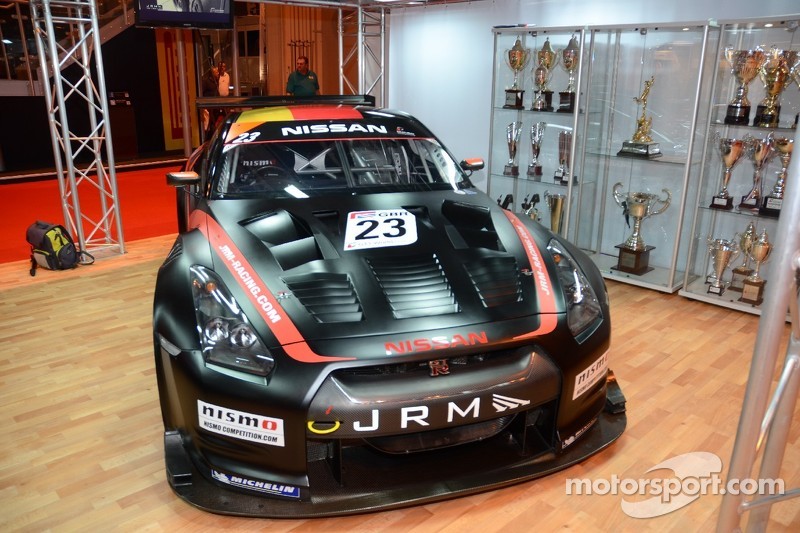 James Rumsey, team principal of JRM Racing: "We are pleased to have finalized our driving line-up, and to have such depth across the Pro and Pro-Am cars."

JRM Racing is delighted to confirm its full driving line-up for the 2013 Blancpain Endurance Series. Steven Kane will join Peter Dumbreck and Lucas Luhr in the Pro car entry, while Matt Bell, Charles Bateman and Humaid Al Masaood will team up in the sister car Nissan GT-R Nismo GT3 entered into Europe’s most popular sportscar championship, which includes rounds at Monza, Silverstone, Paul Ricard, Nurburgring and the Spa 24 Hours.

Steven, 32, from Northern Ireland, brings a wealth of experience on the British racing scene to JRM Racing, with campaigns in the British Touring Car Championship in 2008 and 2010.

He has also raced in Formula 2, the Porsche Carrera Cup and the competitive World Series by Renault and in 2001 was recognized with the highly respected McLaren Autosport BRDC young driver of the year award. 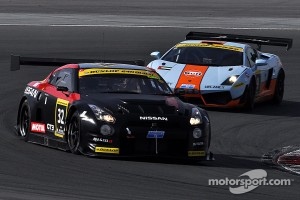 ‘I'm excited to be teaming up with JRM Racing this year,’ Steven commented. ‘The Nissan GT-R Nismo GT3 has a lot of potential and I am sure that Peter, Lucas and myself can translate this out on track.

The aim is obviously to make a mark in the championship and go for race wins and ultimately the title. There will be a lot of competition from other teams and drivers but from what I've seen so far I think we've got more than a fighting chance.’

Matt, 23, from Newcastle, UK, is an established sportscar competitor and race winner. The Brit brings his knowledge of the Blancpain championship, having competed in the series in 2012 alongside his commitments in the British GT and FIA World Endurance Championship.

In 2011 Matt’s performances in the British GT championship garnered the attentions of the BRDC, who selected him for Rising Star status and subsequent full membership of the prestigious club. Matt also has experience of 24 hour racing having contested the Dubai 24 Hours and Spa 24 Hours.

The Boston-based driver made his Carrera Cup debut in  2007, finishing eighth, a position he repeated in 2008. In 2011 Charles became a contender on the national racing scene, scoring wins in the British GT3 championship. He again raced in the GT3 class in 2012, teaming up with Matt Bell.

Matt and Charles will be joined by Humaid Al Masaood. London-based Humaid, who hails from Abu Dhabi, started racing five years ago. He went on to achieve third in the UAE Sports Car Championship in his first season before entering the Dubai 24hr race.

At this first attempt he took a class win and in 2010 made the move across to Europe to race a GT4. In 2011 Humaid graduated to the SPEED Euroseries, which in turn led to an opportunity to race an LMP1 car in the American Le Mans series where he took four podiums in seven races. In 2012 Humaid moved to the Grand Am Championship. 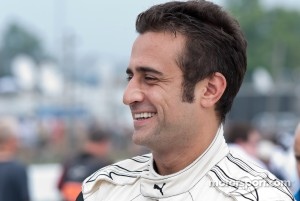 Matt added, ‘I am thrilled to be part of JRM's Blancpain programme this year. I was a spectator for many of their GT1 races so I know they are a top class team and they have a World Championship crown to prove it!

I got on very well with Charles last year too and as a pairing we were very quick so I'm looking forward to going racing with a co-driver I know and trust and also getting to know Humaid who I have heard many good things about.

There's no reason why we can't challenge for the top spot in Pro-Am this year and I’m looking forward to see how we compare on pace with the Pro car. The upgraded Nissan GT-R looks very good. I can't wait for my first run at Paul Ricard next week!’

‘I'm really looking forward to teaming up with Matt for a second season as we got on well last year and proved we are capable of winning races,’ said Charles.

‘To be doing the Blancpain series with JRM Racing, a World Championship winning team is fantastic. The Blancpain Endurance Series is the GT championship to be in right now and I'm looking forward to getting the season underway.

Having Humaid confirmed as our team-mate is great news and should put us in a strong position come the first race at Monza.’

Speaking of his new appointment, Humaid added, ‘Driving in the Blancpain Endurance Series will be a challenge, but one I'm relishing. The level of cars and drivers is very high this year, but we have a good car, JRM have a good team of people and Matt and Charles have a lot of experience.

I'm looking forward to getting to know my new team-mates and building a strong partnership. We have high expectations this year and hope to do them justice.’

James Rumsey, team principal of JRM Racing, summed up the final line-up: ‘We are pleased to have finalised our driving line-up, and to have such depth across the Pro and Pro-Am cars.

The Pro car line-up of Peter, Lucas and Steven is incredibly exciting and I am sure they will complement each other very well as they seek to get the most from the Nissan GT-R Nismo GT3 and go for wins and the championship title. Equally we are delighted to have secured the services of Matt, Charles and Humaid for the coming season.

Matt and Charles work extremely well together and will gel quickly with Humaid, who has shown good potential very quickly. I am sure this trio will be a very strong contender for the Pro-Am Cup title and I look forward to launching our assault on both classes in just a few weeks.’