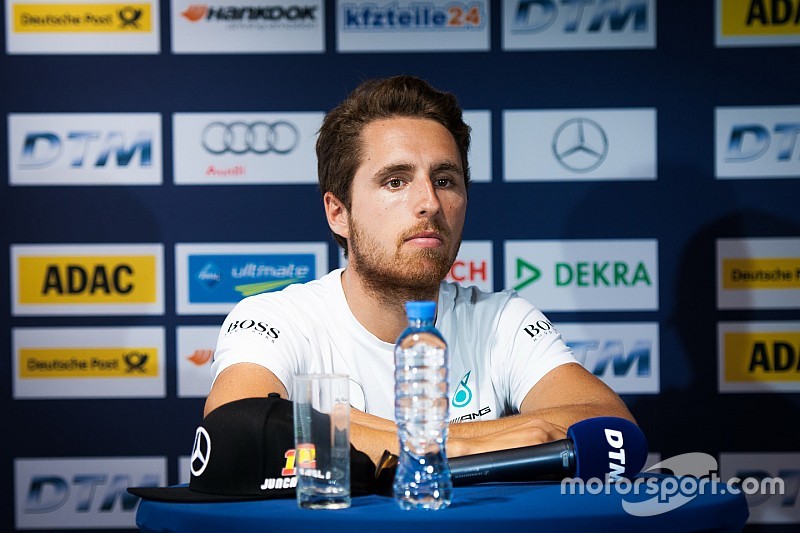 Juncadella makes the switch to Blancpain after leaving the Mercedes' DTM stable, while Marciello moves on from single-seaters after three years in the GP2 series.

Having joined the Silver Arrows' DTM line-up after winning the European F3 title back in 2012, Juncadella left the German touring car championship after four campaigns, Mercedes not naming the Spaniard in its scaled-back six-car roster for 2017.

The Spaniard will continue piloting a Mercedes car regardless, having secured an AKKA drive in both the Sprint and Endurance series of Blancpain GT.

For the Sprint series, he will be partnered by former British F3 title contender and Indy Lights race winner Felix Serralles, with last year's AKKA regular Tristan Vautier joining them for the Endurance rounds.

"I think this is a great opportunity for a transitional year like 2017," Juncadella told Motorsport.com.

"The past year was very tough and nothing worked out. Now it's time to reset myself and push as hard as possible. Both Blancpain programmes are appealing and I think I can do very well."

"My goal is to fight for both championships, no doubt. I think if I have the weapons to do it, there are reasons to be optimistic"

The Spanish driver said he will remain a Mercedes works driver, and will take part in the Nurburgring 24 Hours in May.

"My relationship with Mercedes stays almost the same. We are yet to see if I'll stay linked to the DTM as a reserve driver, but I'm still an ambassador for the company and it's thanks to them that I can race in the Blancpain GT Series."

Marciello, who succeeded Juncadella as European F3 champion in 2013, will likewise do a dual programme in Sprint and Endurance with AKKA.

Its line-up in 2016 was headlined by Pro-class duo Vautier and Felix Rosenqvist, the pair ending the season with a Sprint series Main Race victory in Barcelona.