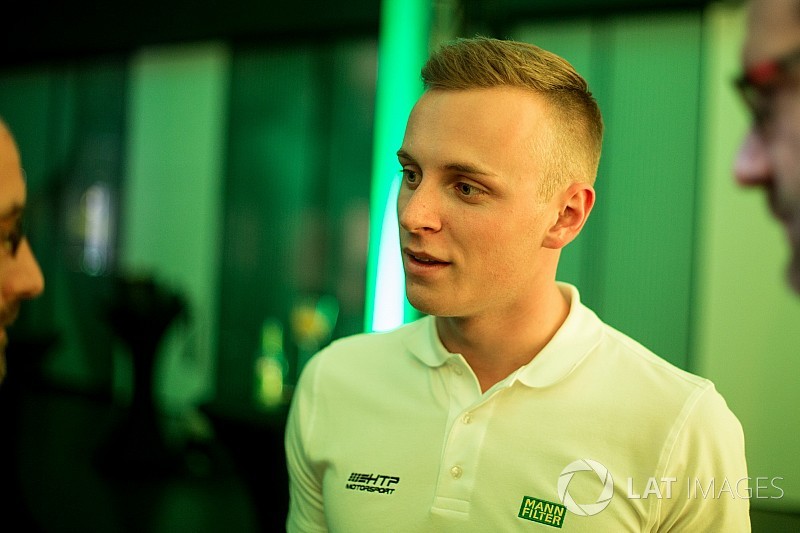 The German, who finished third in GP3 in 2015, will race one of R-Motorsport's pair of V12 Vantages in the five Endurance Cup rounds of the Blancpain GT Series together with factory driver Maxime Martin and Alex Brundle.

Nicki Thiim, who won the 2016 FIA World Endurance Championship GTE Pro title winner with Aston Martin, Jake Dennis and Matthieu Vaxiviere will team up in the other car.

Kirchhofer is stepping up full-time to the Blancpain enduros after taking Pro-am class victory in last year's Spa 24 Hours with the Black Falcon Mercedes team.

He contested a full ADAC GT Masters campaign last year, following his move from single-seaters after a season of GP2.

Kirchhofer, 23, said: “I’m really pleased to be a part of this project and to complete R-Motorsport's strong driver line-up.

"My motivation is very high to compete strongly in such a high level and professional racing series."

The link-up between R-Motorsport and its two British partners is taking Aston back to the Pro class of the Blancpain Endurance Cup for the first time in seven years.

The two Vantages will be based at Jota's Kent workshops in the first year of the programme.

Petrov to contest Blancpain GT in a Mercedes