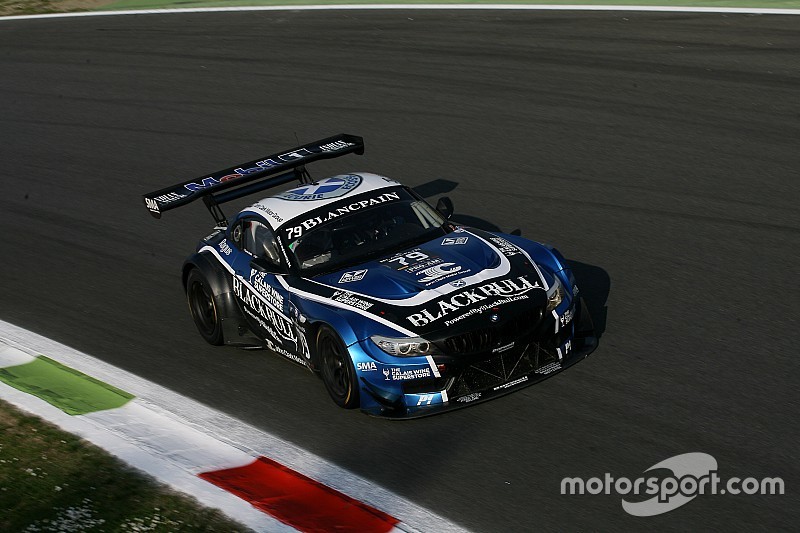 Ecurie Ecosse Powered By Black Bull endured a tough second Blancpain Endurance Series outing of the season on home soil this weekend (May 22-24) at Silverstone where Alasdair McCaig, Oliver Bryant and Devon Modell finished 13th in the Pro Am category.

The legendary Scottish squad’s Barwell Motorsport-run BMW Z4 GT3 seemed incapable of escaping the fraught midfield fight throughout Sunday afternoon’s three-hour encounter at the home of British motorsport in what became a never-ending case of two steps forwards, one step back.

Today was a tough race for us and our finishing position certainly doesn’t reflect the effort the whole team has put in over the weekend.

Qualifying might have been so much better were it not for Bryant’s hottest lap being compromised by a Pro Cup-entered Audi that scuppered a potential top-five grid slot and chance to break clear at the start.

Modell was the man in the hot seat over the opening 50 minutes when he, along with most of the field, yo-yoed around while trying to exploit opportunities. But with 60 evenly matched cars more often than not running in close formation, drivers were as busy checking their mirrors as they were the track ahead. Nevertheless, Devon stayed out of trouble to pit under a full-course caution and make way for McCaig.

Such was the volume of discarded rubber littering the track that straying off-line would have a profound effect on performance, but the Scot navigated his way through the marbles without issue over the following hour before Bryant climbed aboard for one final stint.

He and Barwell’s sister car then worked together over the closing 60-or-so minutes in an effort to make some headway, but in the end 13th in class and 31st overall was as good as Bryant could manage on a difficult day for Ecurie Ecosse.

Alasdair McCaig: “Today was a tough race for us and our finishing position certainly doesn’t reflect the effort the whole team has put in over the weekend. We will take forward what we’ve learned at Silverstone and push for a stronger result at Paul Ricard.”

Oliver Bryant: “Today was a tough race for us. Traffic on my qualifying lap put us on the back foot and we started further down the order than we should have done. Finding space amongst 60 cars is a lottery. In the race the three of us didn't put a foot wrong and once again the Barwell crew performed first class pit-stops. The result certainly doesn’t do justice to all our efforts but we will be fighting hard in the longer races coming up.”

Devon Modell: “It was a tough old day today, firstly for starting further down the grid than we should have done due to some traffic for Olly. That always meant it was going to be hard work. The team did brilliantly at the stops as usual but the nature of the car and track just made overtaking difficult. Hopefully the six-hour race into the night at Ricard goes to plan and we can push on from there.”

Mark Lemmer, Barwell Motorsport Team Principal: “The Blancpain Endurance Series is tougher than ever right now, and the new Pirelli tyres and pit-stop rules mean we aren’t competitive in our class at present. Hopefully this can be addressed before the big upcoming races at Ricard and Spa.”

While the next Blancpain Endurance Series round takes place at Paul Ricard on June 19/20, Ecurie Ecosse will be back at Silverstone this weekend eager to extend their British GT drivers’ championship lead during the season’s blue riband three-hour race.