Toyota LMP1 driver Jose Maria Lopez has dropped out of a planned appearance in the Spa 24 Hours with Audi.

The Argentinian driver had been announced as part of the Land Motorsport’s line-up for the Belgian endurance classic, and was due to join Christopher Mies and Ricardo Feller in the team’s Audi R8 LMS in what would have been his first GT race outing in almost a decade.

However, this week it was announced by Audi that Lopez will no longer take part at Spa, and that his place in the Land car will be taken by DTM regular Jamie Green.

Green had been due to be part of Audi’s roster for the Nurburgring 24 Hours last month but dropped out in order to recover from an appendectomy.

An Audi statement said the decision was made because Lopez “did not feel optimally prepared for this 24-hour race in a race car that was new for him” following two days of testing at the start of the month.

Head of Audi Sport customer racing Chris Reinke added: “We would be pleased to work with Jose Maria Lopez in a customer racing project with an appropriate preparation phase at a later point in time.”

The Land Audi is one of four cars nominated by the German brand to score Intercontinental GT Challenge points at Spa, alongside two R8s run by the WRT squad and one entered by Sainteloc Racing. 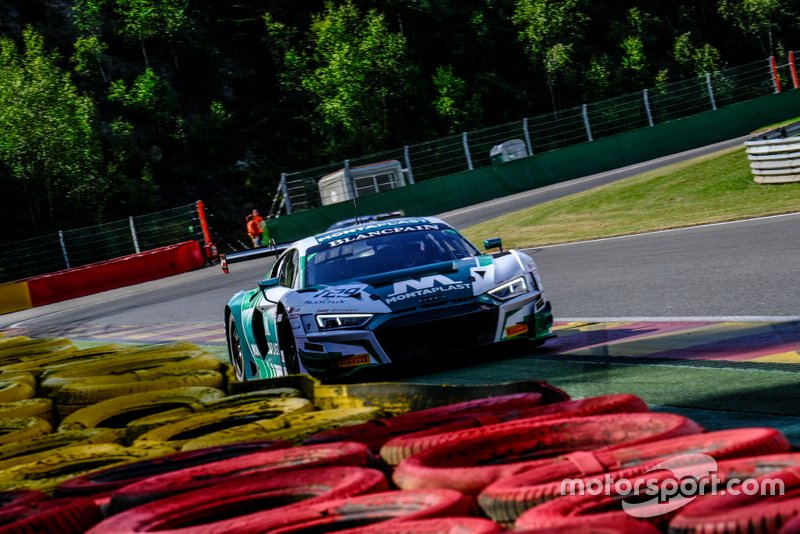