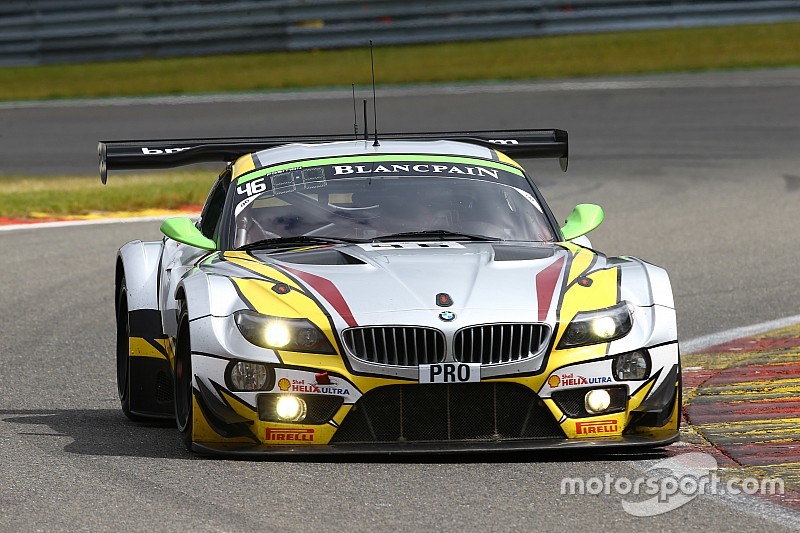 The 24 Hours of Spa is the jewel in the season for Marc VDS, as well as for Belgian motor racing as a whole.

The 24 Hours of Spa is the most historic race in Belgium, and one of the world’s finest sportscar events. It’s the jewel in the season for Marc VDS, as well as for Belgian motor racing as a whole. This season’s event will see just shy of 60 GT3 machines all challenging for victory, one of the most competitive fields in the race’s history.

There is unfinished business for the team at this famous track. Last season, they finish second by just seven seconds, and this year the aim is to go one better. With that in mind, the team have assembled the best driving squad available.

Farfus and Martin are both current BMW DTM stars. Luhr is an ex-World Champion in GT racing, and several time American Le Mans Series winner. Martin, Luhr and Palttala were on the podium at the 24 Hours of Nürburgring together earlier this season, as well as in the Blancpain Endurance Series at Paul Ricard – their only race in the series this season, and from the back of the field. Luhr and Palttala also shared the podium at Spa last year with Werner, while Catsburg has also won races with the Marc VDS team.

The engineering side of the team is also as strong as it has ever been. They know the BMW Z4 GT3 inside out, and last year had the best pitstops in the 24 Hours of Spa, according to independent analysis. They will change four tyres, fuel the car and change drivers in under a minute. A brake change – all four – takes just 50 seconds.

The track, meanwhile, is simply as good as it gets. A range of corners greets the drivers. From the tight and slow La Source, to the sweeping, frighteningly fast Eau Rouge and Radillion, to the gutsy Pouhon, this track is a constant challenge. It’s also universally recognised by drivers and fans alike as one of the best in the world.

The team will also be running a third car, under the Marc VDS & Friends Against Cancer banner. Pascal Witmeur, Eric van de Poele, Marc Duez and Jean-Michel Martin – father of Maxime – will each drive a 24 minute stint during the race to raise funds for the Belgian Foundation Against Cancer.

The race begins at 16:30 on Saturday, and will be live on the official website of the Blancpain Endurance Series: Blancpain-Endurance-Series.com

Bas Leinders, Team Principal: “This is the highlight of every year for all of the team, for myself and also for Marc van der Straten. It’s a special race, and this year it is even more special. There are 15 or 20 cars that could conceivably win, and that’s just fantastic. There’s quality and quantity in this field, and that just makes the whole atmosphere electric going into the race. Everyone is 100% prepared, everyone knows their role inside out, and everyone is ready. We will do everything in our power to win this race. I’m also extremely proud that we’re supporting Pascal and the Racing Against Cancer effort. I wish them all the best in their fundraising and their driving.”

Maxime Martin, BMW Z4 GT3 #45: “I think for any driver, Spa is a bit special. Almost everyone will tell you that Spa is about as good as a racetrack can be, so I think it’s already special for drivers. But that’s especially true for Belgian drivers – it’s the place to be. The 24 Hours of Spa has been famous in Belgium for 50 years or even more, and endurance racing has always been in the Belgian culture. It’s in my blood, and the country’s blood. This is my favourite race. It will be strange to share the track with my father, but I wish those guys the best for their efforts.”

Lucas Luhr, BMW Z4 GT3 #46: “Last year we came second, seven seconds behind, so for me for sure the goal is to this year be seven seconds ahead! I think it is a great event. There are a lot of cars and the key is going to be to stay out of trouble, get through the traffic well, make good decisions on the strategy and hopefully get the BMW Z4 GT3 an overall victory for a 24-hour race. It is one of the last really old-fashioned circuits. It is a proper race track. It is not one of these where everything is flat and you have 200 metres run off areas. This is kind of an old-style old-fashioned circuit and we don’t have enough of them anymore. One of my favourite parts of any 24-hour race is the night time. I love night driving. It’s just you and your car, no distractions. It’s such a great experience.”

Triple Eight aiming for points in 24 Hours of Spa debut

Analysis: How Lamborghini will redefine itself in racing