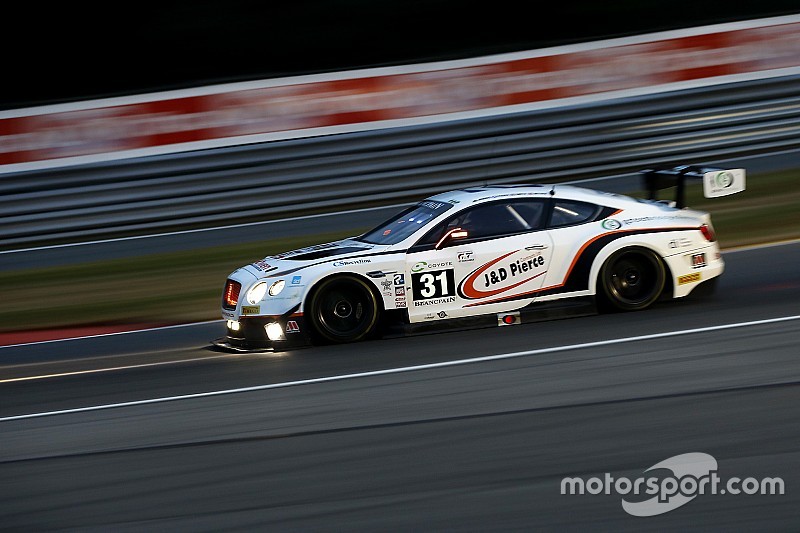 Former Bentley factory driver Andy Meyrick is ready to begin his comeback from the injuries sustained in the Spa 24 Hours in July that hospitalised him for five days.

Meyrick, who raced for the M-Sport Bentley squad in 2013-15, has recovered from a fractured vertebra and broken ribs, and will test a car for the first time next month.

He will then make his comeback start in the inaugural GT4 World Final, which shares the bill with the new GT Nations Cup in Bahrain on November 30/December 1.

Meyrick will drive the Bullitt Racing Mercedes-AMG GT4 together with team owner Stephen Pattrick, with whom he was contesting the GT4 European Series prior to the accident.

Plans for him to be fit in take up the seat alongside Pattrick at the Hungaroring round early this month had to be delayed and the team was then absent from the Nurburgring finale on September 15/16.

Meyrick told Motorsport.com: "I wasn't ready for the Hungaroring, but I've been really happy with my rate of progress since.

"I'm back running and have already been in a moving simulator. The plan is that we will test next month at Ascari [in Spain] before we go to Bahrain."

Meyrick was injured when he hit the Attempto Lamborghini Hurcan GT3 driven by Jurgen Krebs in his Team Parker Racing Bentley Continental GT3 at the top of Eau Rouge.

None of his injuries, which included a broken metatarsal, required surgery.

The accident resulted in the race being stopped for two hours.