The 2018 Blancpain GT Series Endurance Cup will begin this weekend with a 3-hour race at the very fast Autodromo di Monza, Italy. 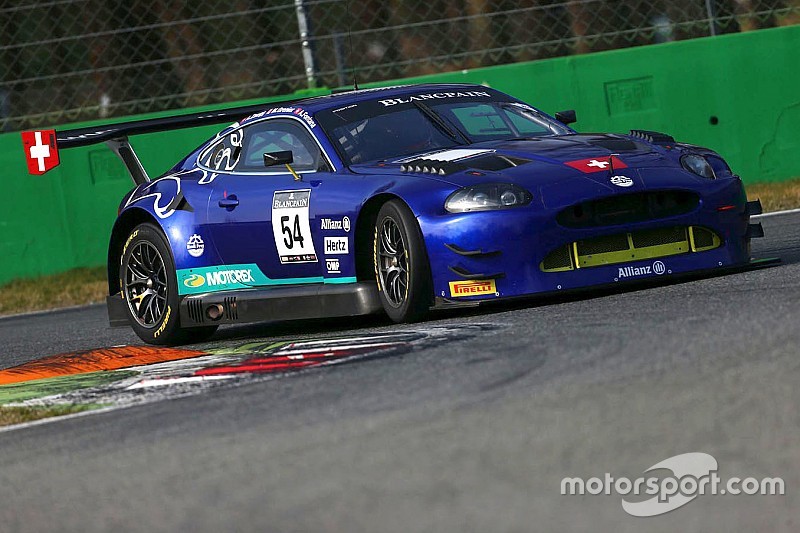 Swiss team Emil Frey Racing has entered a GT3 Jaguar for Alex Fontana and new team drivers Adrian Zaugg and Canadian Mikaël Grenier. The Jaguar No. 56 team hopes to climb on the podium in the Silver Cup category.

The team performed an extensive, two-day test at Monza a few weeks ago.

“Last winter, we worked at improving reliability to avoid drive and tire problems,” said Jürg Flach, Technical Director Emil Frey Racing. “During that test at Monza early March, we covered a total of 1,251 kilometers without significant problems and our lap times were always competitive.”

Mikaël Grenier from Stoneham, Québec, declared: “I have already raced twice at Monza and I won the Lamborghini Super Trofeo Europe race there last year.

“It's a place that I really like, most of all the history of the track and also that it's so different from many racetracks today. It's difficult to predict what will happen, but our test at Monza went very well. The GT3 Jaguar seems to be a fast car and we could improve a lot in the two days of competition. Out goal is to claim victory in the Silver Cup. If we focus on our task and make no mistakes, we should succeed.”

Vietoris to make racing return with Mercedes in Blancpain

Jacques Villeneuve: Zolder track debut will be “important to me”

Canadian Notebook - Highs and lows for Canadians at Sebring