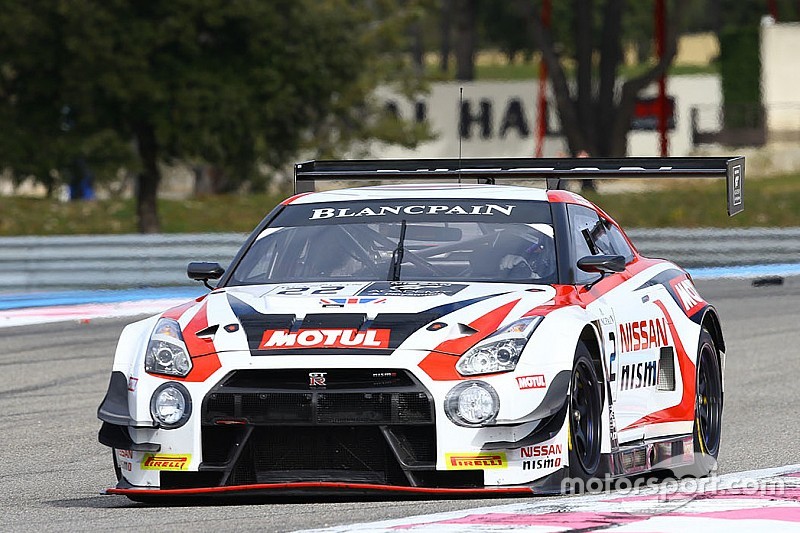 The test at Circuit Paul Ricard was the first opportunity for GT Academy Team RJN to have all seven drivers together to prepare for the season ahead.

Nissan's driver squads for this season's Blancpain GT Series Endurance and Sprint events are ready for battle after last week's pre-season championship test at Circuit Paul Ricard in the South of France.

The test was the first opportunity for GT Academy Team RJN to have all seven drivers together to prepare for the season ahead.

Buncombe will team with Takaboshi for the sprint series with Ordóñez joining the trio for the endurance races aboard the No.23 Nissan GT-R NISMO GT3.

"I'm really excited to be back in Europe this year to team up with my old friend Alex Buncombe and also with Mitsunori who was my teammate in Formula 3 in Japan last year," Ordóñez said.

"I can't wait for the first race in Monza in a month's time. We are looking good and I think we will be able to fight for the podium and have a great chance of taking the championship again.

"At the test I had two runs in the car at Paul Ricard and the lap time was pretty good.

"We improved the car a lot with some set-up changes and then the new GT Academy boys had their first runs which was obviously very important for them to adapt to the track and the car.

"Mitsunori also had his first runs in the car which was important for him to get used to the Pirelli tyres but he was right on the pace straight away."

The first races of the year will both be staged in Italy with the sprint round on April 8-10 at Misano and the opening endurance event at Monza on April 23-24.

The Nissan sprint line-up will include Buncombe and Takaboshi (No.23) and Sanchez/Walkinshaw (No.22). The endurance combinations feature Buncome/Takaboshi/Ordonez (No.23) and Walkinshaw/Simmons/Sarazin (No.22).

Perel flies for Ferrari in France