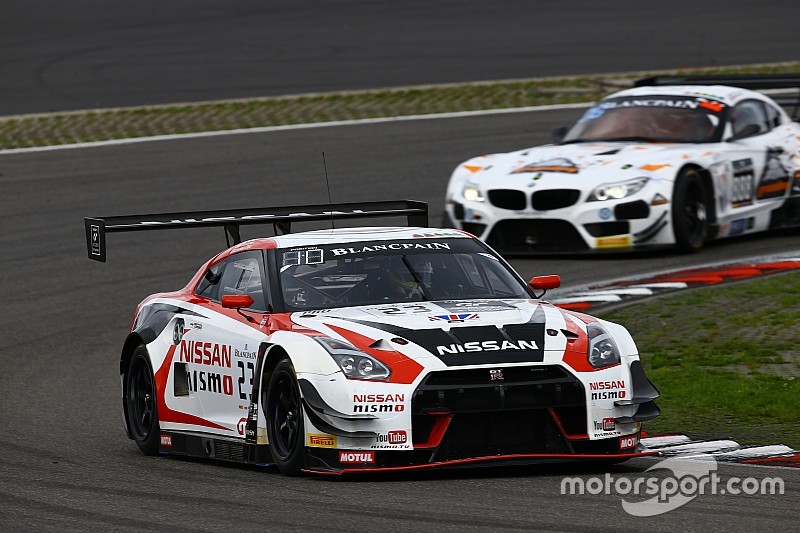 Nissan's 2016 line-up will continue the development of the Nissan GT-R NISMO GT3 at the Blancpain pre-season test.

Nissan, NISMO and GT Academy Team RJN will take their first steps towards defending their Blancpain Endurance Series championship this week at Circuit Paul Ricard in the South of France.

Nissan's 2016 line-up will continue the development of the Nissan GT-R NISMO GT3 at the Blancpain pre-season test at the venue where the team triumphed in 2015.

Victory in the Six Hours of Paul Ricard last season was a key step in the team's drive for championship success. For 2016, Nissan will not only defend its driver's endurance championship, but also contest the Blancpain sprint title for the first time.

At this week's test, Nissan's full line-up of seven GT-R drivers will complete laps aboard the No.23 (Pro) and No.24 (Pro-Am) entries including:

Japanese ace Mitsunori Takaboshi will make his European debut this week while Sean Walkinshaw makes his factory debut after impressive Blancpain efforts on board a GT-R last season.

The Paul Ricard test will also be next step in the driver development programme for Nissan's 2015 GT Academy winners Matt Simmons (International) and Romain Sarazin (Europe).

"For myself, I want to get as comfortable as I can with the car and learn as much as I can from my pro driver teammate Sean Walkinshaw, and obviously Romain (Sarazin) – working together to get ourselves up to speed," Simmons (pictured right) said.

"I don’t want to set too high expectations on myself because I feel like it’s going to be a challenge. For me, I want to be able to enjoy it, but also learn from the team and overall just get really comfortable and work forward.

"The first race we would obviously love to finish and that’s what our goal is and obviously the higher the better, because we are racing drivers and we are competitive!

"I feel like I’ve prepared really well coming into the test but will continue to push towards the first race. I feel very ready and well prepared to give myself the very best opportunity in the car."