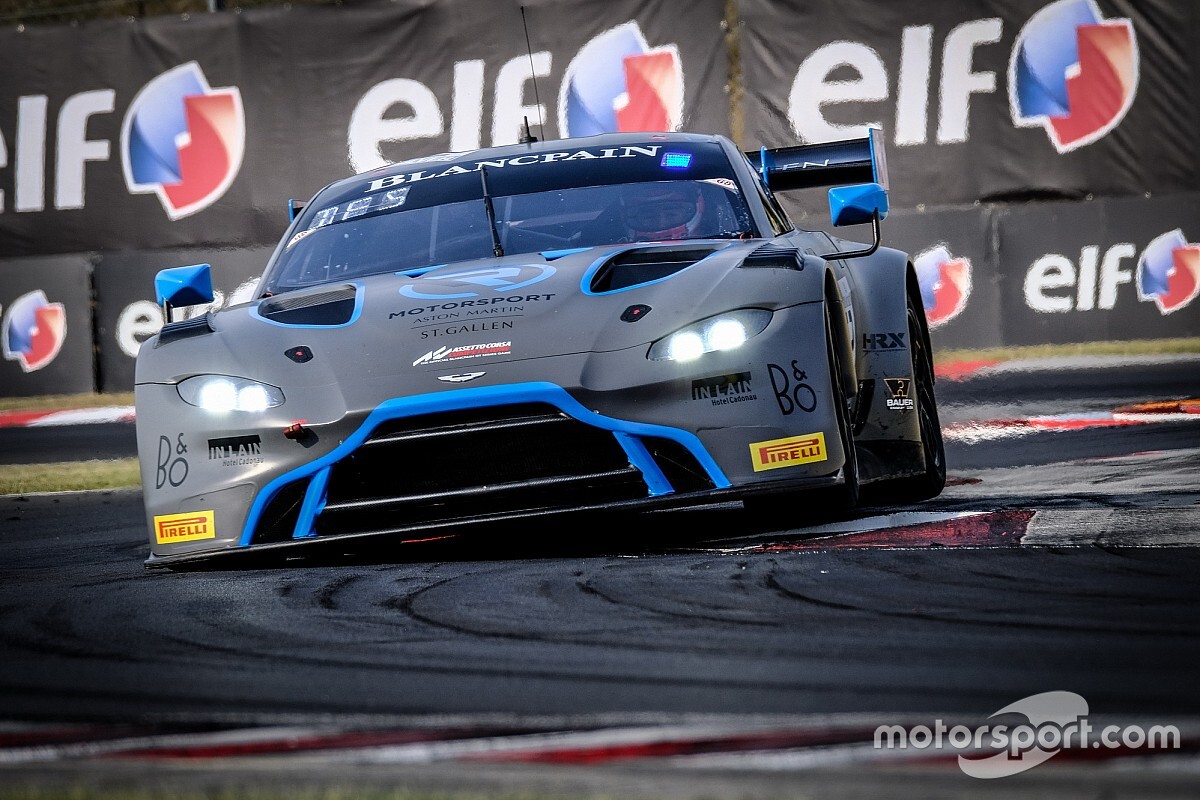 The R-Motorsport Aston Martin squad has withdrawn from this year's GT World Challenge Europe and will instead focus on its 2021 campaigns.

The race-winning team, whose Aston Martin Vantage GT3s are jointly run by the British Arden and Jota Sport operations, has opted to put its racing activities on hold as a result of the COVID-19 pandemic.

R-Motorsport, which also contested last year's DTM under the Aston banner, has stressed that it intends to return to racing next season in what a spokesman said could be a "bigger, better and more expansive way".

The decision for 2020 covers the Swiss entrant's campaigns in both the Endurance and Sprint Cup legs of the GTWCE (formerly known as the Blancpain GT Series) and the GT4 European Series, as well as a return to the Intercontinental GT Challenge at Kyalami in November and the launch of a new one-make Aston series known as the Vantage Cup.

The one-make series had been expected to begin with a series of pilot races, possibly on the DTM bill, in 2021, but its debut has now been pushed back to 2022.

R-Motorsport team principal Florian Kamelger explained that it "doesn’t make sense from a business perspective to go racing with a non-profitable, artificially shortened race programme with a late start to the season, which might even develop in an unpredictable way".

"The required access restrictions at race events prevent us from offering our exclusive R-Experience hospitality to our customers and partners, which is vital not only for R-Motorsport but for the business of our entire group of companies," he said.

"Irrespective of the decision not to race this season we are already fully committed to our programme in 2021 and beyond.”

R-Motorsport had entered a trio of Aston Martin Vantage GT3s in both segments of the GTWCE for a roster of drivers including Jake Dennis, Tom Blomqvist, Luca Ghiotto, Daniel Juncadella and Ricky Collard. It is understood that some of the drivers are already contracted for 2021 under long-term deals.

Juncadella, who was part of the R-Motorsport DTM line-up in 2019, has announced that he is now looking "for other racing opportunities for the rest of this season and those to come".

Ghiotto, however, can now complete the full F2 season, having previously stated he would be forced to miss races in the F1-supporting category if they clashed with his commitments with R-Motorsport.

R-Motorsport entered the GT3 arena in 2018 with Arden and Jota, winning the Silverstone endurance round of the BGTS in its debut season.

Last year, it claimed one overall victory in the GTWCE Sprint Cup at the Nurburgring in September. It also finished runner-up in the Silver Cup class with Aaro Vainio and Hugo de Sadeleer in the short-format GTWCE series.

The team in which 2009 Formula 1 champion Jenson Button is a partner has also abandoned its planned GTWCE campaign.

Jenson Team Rocket RJN had switched its Honda NSX GT3 for a McLaren 720S GT3 for its 2020 attack on the Endurance Cup leg of the GTWCE, but will now instead enter it in the Silver Cup class of British GT for James Baldwin and Michael O'Brien.

The Bob Neville-ran team cited the disruption resulting from the coronavirus pandemic for its change in plans but still plans to enter the Spa 24 Hours later this year.

The GTWCE is due to kick off at Imola with a three-hour enduro on July 26, before the first sprint round at Misano on August 8/9.