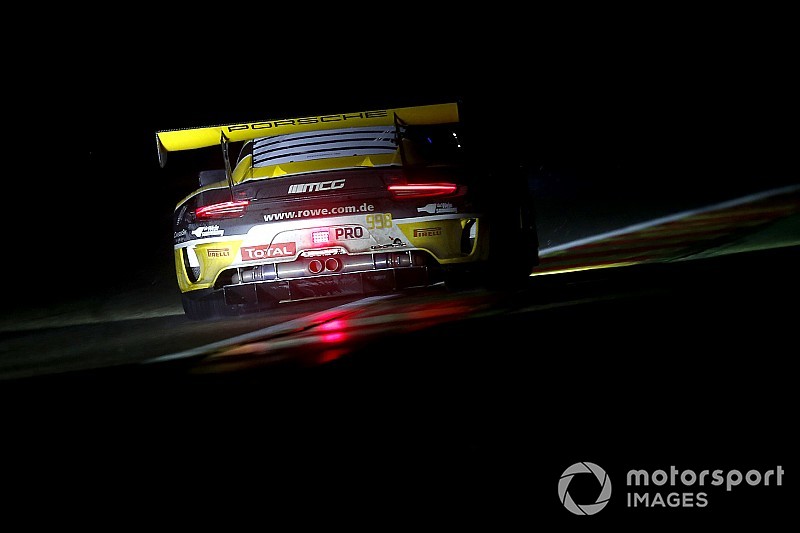 The #998 ROWE Racing Porsche 911 GT3-R led the Spa 24 Hours at the halfway point, as heavy rain caused a lengthy safety car period and only nine cars remained on the lead lap.

Following an earlier penalty, when he was caught speeding under yellows, Nick Tandy produced a heroic stint to get the Porsche back up front.

He had just exited the leading car, handing over to teammate Frederic Makowiecki as the heavens opened, and a full-course yellow soon gave way to a sustained period of running behind the safety car.

The #72 SMP Racing Ferrari of Mikhail Aleshin, Davide Rigon and Miguel Molina, which led at the six-hour point, moved up to second as many cars that had just pitted for slicks had to stop again for wets.

The #4 Black Falcon Mercedes, which had led much of the race in the early going, slipped back to third in the hands of Luca Stolz.

The #54 Dinamic Motorsport Porsche of Andrea Rizzoli ran fourth, while the #999 GruppeM Mercedes of Maxi Buhk was right behind, with Vincent Abril next up in the #88 Team Akka ASP Merc.