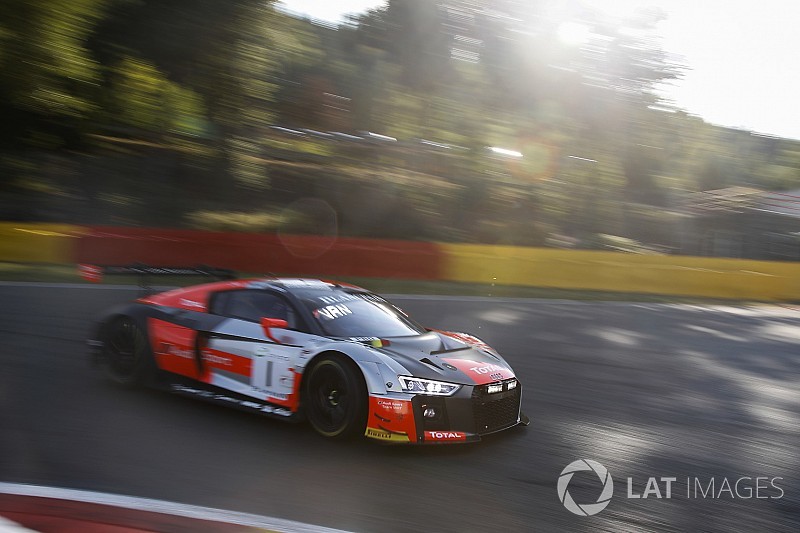 The 20-year-old Belgian topped the 'superpole' session for the fastest 20 cars from yesterday's aggregate qualifying in the factory Audi R8 LMS he will share with Christopher Mies and Alex Riberas in the double-points Blancpain GT Series Endurance Cup round.

Vanthoor set two laps good enough for the pole, jumping to the top of the times with a 2m18.605s and then improving to a 2m18.575s on the second of the two laps allowed to each driver.

That put him six tenths up on second-place Maxime Martin in the best of the R-Motorsport Aston Martin V12 Vantages.

Vanthoor, who leads the BGTS Endurance Cup with his team-mates, said: "I went out and thought I'd give it everything I had, which is what I did. The car was absolutely amazing, so congratulations to everyone behind the pitwall."

Davide Rigon took fourth in SMP Racing's AF Corse-run Ferrari 488 GT3 on a 2m19.433s after a track limits violation meant he lost a 2m19.100s time that would have put him second on the grid.

Fifth place was taken by Kelvin van der Linde in the Land Motorsport Audi on a 2m19.493s.

Top BMW driver was Philipp Eng in the Walkenhorst M6 GT3 that had topped first qualifying in eighth place.

Frederic Makowiecki set the best Porsche time of the session to take ninth, ahead of Mirko Bortolotti in the fastest Lamborghini.

Raffaele Marciello, who starred in last year's race on the way to third position, crashed his Auto Sport Promotion Mercedes-AMG GT3 at Les Combes in the short warm-up session and took no part in the 'superpole' session.

Insight: How to conquer the Spa 24 Hours