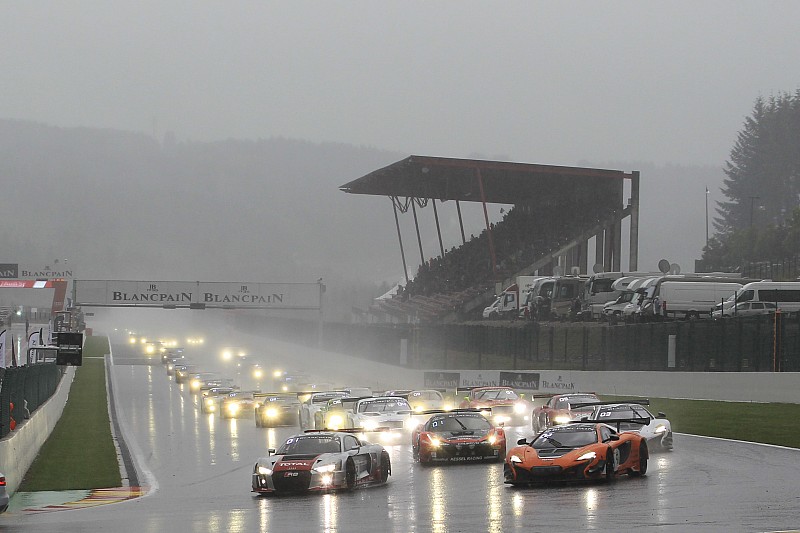 Further enhancement of the Blancpain GT Series through more competitive classes and increased prize money, development of the GT Sports Club and Ultracar Sports Club, integration of Curbstone Track Events and last but not least the introduction of an Intercontinental GT Challenge: 2016 promises to be a fascinating year for the SRO Motorsports Group.

At the season finale of the 2015 Blancpain Endurance Series at the legendary Nürburgring Stephane Ratel, founder and CEO of the SRO Motorsports Group, unveiled the future plans for the company that has organised and promoted world class GT racing for the last 20 years.

New and important circuits on the calendar

As the flagship of the company, the Blancpain GT Series received a lot of attention during the well-attended press conference. The 2016 calendar of the biggest GT series in the world will include ten rounds : five Endurance weekends and five Sprint weekends. This should allow for a greater integration of the two series into a single Blancpain GT Series.

The calendar of the Blancpain Endurance Series remains largely unchanged, with the highlight of the season – the Total 24 Hours of Spa – retaining its slot at the end of July, 30th – 31st of July to be exact.
Meanwhile, a revised Sprint calendar now favours major circuits. Newcomers on the agenda are the Circuit of Catalunya near Barcelona, the Hungaroring near Budapest and the Nürburgring, as part of the immensely popular Truck Grand Prix-meeting.

As has been the case for the last few years, a good part of the Blancpain GT Series meetings will continue to enjoy the company of our high-level support series. The Lamborghini Blancpain Super Trofeo and the Formula Renault 2.0 Northern European Cup will again be part of the Blancpain Endurance Series events in 2016.

To improve the integration of both Endurance and Sprint into a single Blancpain GT Series a redefinition of the three classes was needed. The categories will be harmonised over Sprint and Endurance as Pro, Pro-Am and Am, but the overall classification will apply for the podium ceremony, series classification and distribution of prize money, as already is the case in the Sprint Series today.
The Pro-Am Cup will undergo a revamp, with amendments to reduce the level of the driver line-ups. For the Total 24 Hours of Spa, the maximum line-up is now one Platinum, two Silver and one Bronze driver.

In the Blancpain Sprint Series the Pro-Am Cup line-ups will consist of two Silver drivers (of any age) or a Platinum and a Bronze driver as the maximum line-up, combinations which created the success of the FIA GT3 European championship for years. The Sprint Series also sees the introduction of an Am Cup, which will be reserved for two Bronze drivers.

To promote GT3 racing at a lower cost, the “SRO Silver Cup” will be introduced over seven events, combining the five events of the Blancpain Sprint Series and two events of the British GT Championship. For this SRO Silver Cup, only 2014 cars in 2015 specification will be eligible, and the cars – which can be entered at a reduced entry fee - will be driven by Silver drivers only. During the races these cars will have a fixed pitstop time, and tyre changes will not be allowed. There will only be two sets of tyres per event. The cars will also have a specific BoP, with a lower weight and less power.

In 2016 the entry fees will remain unchanged for the Blancpain Endurance Series and will be reduced for the Blancpain Sprint Series and full season entrants, to reflect the reduced number of races. On the ten events of the 2016 Blancpain GT Series the prize money per event will be increased to 150.000 euro per event, which will be distributed to more cars (11 instead of six previously).

These is how the prize money will be distributed at each of the ten rounds:

The prize money can only be collected by full season entrants in the Blancpain GT Series and is not payable to factory-supported cars (i.e. cars of which the majority of the budget is covered by a manufacturer). In addition to the prize money, Blancpain GT Series partners Blancpain (our title sponsor since 2011) awards watches to the Endurance and Sprint Drivers Champions and Pirelli 84 sets of tyres.

There will also be the introduction of a Bronze/Silver test in the Blancpain Sprint Series, for which an extra set of tyres may be used. Therefore, the first free practice of the Sprint meetings will be shortened.

On the technical side, the total weight of the car will now include the weight of the drivers, which will be calculated according to the average weight of those drivers. As far as the tyres are concerned, the 2015 Pirelli Endurance tyres will be used during all ten events of the Blancpain GT Series. During the races of the Blancpain Endurance Series a minimum pitstop time will be introduced, as well as a mandatory repair time for brake changes at the Total 24 Hours of Spa.

The SRO Motorsports Group continues to work in close relationship with tyre manufacturer Pirelli and has renewed the partnership for the Blancpain GT Series for the next five seasons. Furthermore the Pirelli partnership is extended to the British GT Championship.