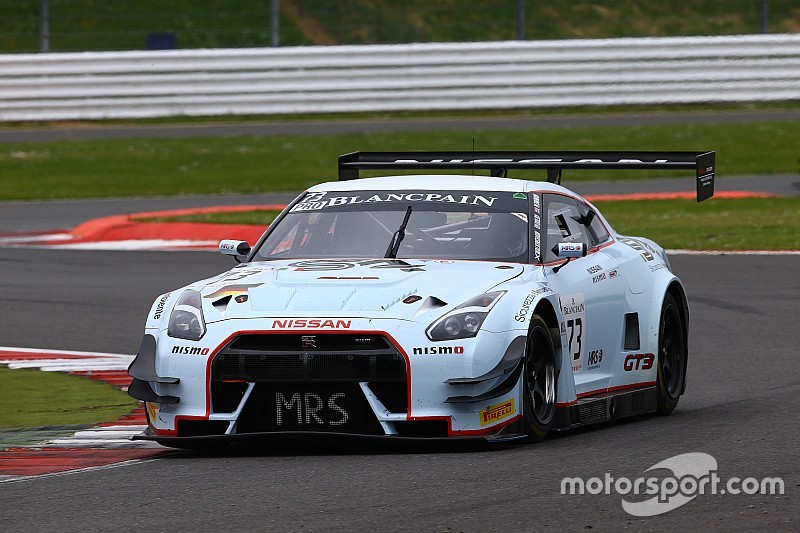 The MRS GT-Racing team completed a stunning run through a world class field at Silverstone to run as high as second overall in a thrilling three hour Blancpain Endurance Series race before finishing in an eventual fifth place.

Now we need to continue to improve and achieve the podiums we deserve.

2015 GT racing newcomer Sean Walkinshaw was next up, the young Scot instantly on the pace, setting the fastest lap of the race for the car, posting a string of quick laps times as fastest man on the track in the middle part of the race and, as the Nissan stretched the fuel envelope, pitting to hand over to Martin Plowman for the final stint of the race.

Rapid pit work from the MRS GT-Racing crew put the Nissan back into the race in a fighting fourth position with Plowman pushing hard, making inroads on the cars ahead as a podium finish looked in reach.

With just minutes to go though Plowman was finding the pace difficult to sustain as a braking issue bit hard, a chase for third became a fight to retain a hard earned fifth place, the Nissan having resisted sustained pressure from a factory backed Audi that eventually squeezed by.

The race was won by a factory backed McLaren with a trio of Audis the only other cars to better the efforts of the #73 Nissan. A mark of the team’s ambition though was that an excellent finish, whilst a cause for celebration, very rapidly became a cause for a further push for even more progress.

“Qualifying was disappointing, our race pace though was excellent and as highest finishing Nissan GT-R, and to finish ahead of factory backed efforts from Audi, Bentley, Lamborghini, Aston Martin and high quality efforts from BMW and Ferrari teams too is a result for everyone to be proud of,” said Craig Dolby. “Now we need to continue to improve and achieve the podiums we deserve.”

Sean Walkinshaw echoed that message: “It was a very good result but it does leave you hungry for more and we all know we need to do as well in qualifying as we have now proved we can sustain in the races.”

James Walters, Partnership Manager at JRM Group said: “That was a great team effort, both drivers and pit crew played a big part in putting us into contention for a podium finish against the best GT3 teams and drivers with many years of experience. The fact that the team are already front running contenders is amazing considering this is only Martin’s second race event in GT’s and only Sean’s fifth and this is the first full season campaign for Craig since 2010. They are proving to be world class drivers and will keep getting better.”

Round 3 at Circuit Paul Ricard: More than a dress rehearsal