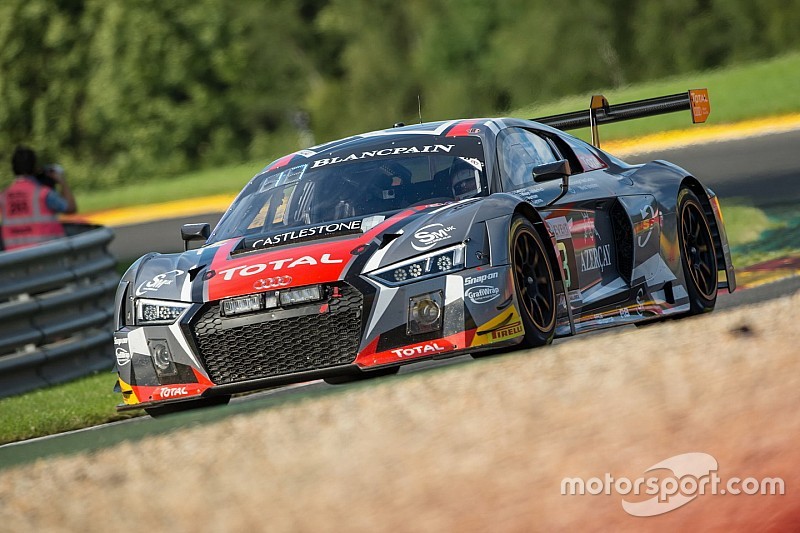 The Teams’ overall title of the Blancpain GT Series, which combines the two Cups Endurance and Sprint, will be the target of the Belgian squad.

Following a very successful end of 2017 campaign in the Blancpain Sprint Cup at the Nürburgring, which yielded the two first spots in both the Drivers’ and Teams’ standings, the Belgian Audi Club Team WRT is heading to Barcelona for the wrap-up event of the Endurance Cup, the other continental top series in the Blancpain family of championship. The Teams’ overall title of the Blancpain GT Series, which combines the two Cups Endurance and Sprint, will be the target of the Belgian squad. There, the Belgian Audi Club Team WRT currently holds second position, 15 points behind the leader. For a motivated and competitive squad such as Vincent Vosse’s, it doesn’t take more to be willing to take up the challenge and fight until the end.

As usual, four cars are entered in the Catalan season-closing event, with some changes in the line-ups, and Clément Mateu making his debut with the team.

Team Principal Vincent Vosse is extremely motivated ahead of this new battle: “The success in the Sprint Cup finale has been a tremendous boost for the entire team, and we feel proud of conquering the Teams’ title there for the fifth year in a row. The season is far from over, though, and here we have another great fight ahead of us. We still have some chances to grab the overall Teams’ title in the Blancpain GT Series and we’ll do everything we can to reach it. It won’t be easy, because of the points gap and the extremely competitive level in the series, but we’ll fight hard until the end, as always. In Barcelona, we’ll welcome a new driver, Clément Mateu, and we hope it will be the beginning of a good relationship, and I hope also that Dries, Will and Marcel can finish the season on a high after a somehow frustrating end of the Sprint Cup season, at personal level, for the three of them.”

Nathanaël Berthon-Benoît Tréluyer-Stéphane Richelmi are an unchanged trio, but the two Frenchmen and the Monegasque are switching back numbers and will be on car #2. Most of all, they hope that their share of bad luck that has marked their season so far is over and that they can finish the season with a very good result.

Car #3 will be entrusted again to Josh Caygill and Jonathan Venter, the two rookies that have progressed constantly throughout the season. For the occasion, they will be joined by a new face, Frenchman Clément Mateu (36), a well-established racer on the GT scene.

No change in car #5, where Dries Vanthoor, Marcel Fässler and Will Stevens will certainly be among the potential win contenders. The three were left with some regrets after the Sprint Cup finale and will want to end the season on a different note. “It was a hard end of the Sprint Cup at the Nürburgring, no doubt”, reckons the young Belgian, “but now the disappointment is gone. What happened is part of racing, and there is nothing you can change, so it’s better to look forward. In Barcelona, we’ll go flat-out and the first objective is clearly to secure the Teams’ title. We’ll go for it! The track should be ok for the Audis, although we know it is a very tough circuit for the tires. I personally did not take part in the private tests that the team did there, but I am sure that with all the information gathered, we should be able to work well since the very start of the weekend.”

Car #17, on its side, will again sport its regular trio with Robin Frijns and Stuart Leonard, freshly-crowned Sprint Cup champions, joined by Jake Dennis.

Action in Barcelona will start tomorrow, with the Bronze test session, while free practice and pre-qualifying are scheduled on Saturday. On Sunday, qualifying will start at 9:00, with the 3-hour race kicking-off at 15:00 hours.

Spa 24 Hours: Sainteloc Audi bounces back from a lap down to win