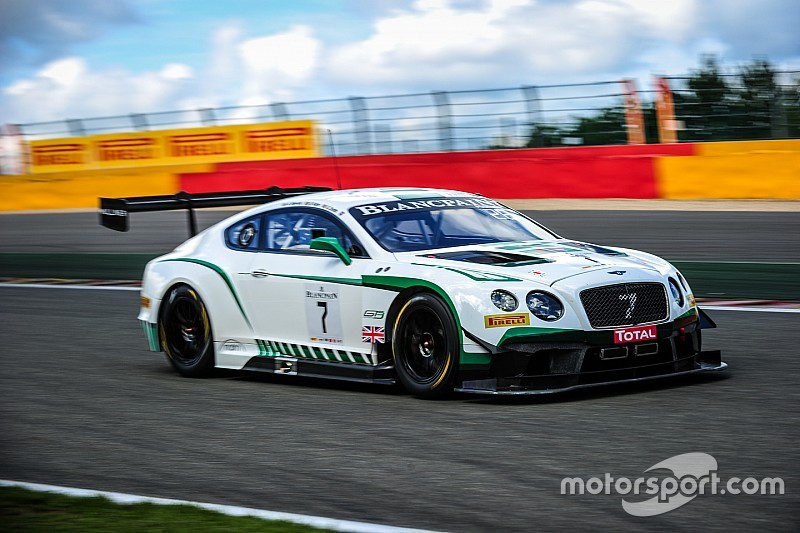 The three Bentleys qualified for Friday’s “Super Pole” shoot out by finishing inside the top 20 in Thursday’s main qualifying sessions. The Super Pole format sees cars released on to the track every 20 seconds for two flying laps, and Steven Kane (#7) and Belgian Bentley Boy Maxime Soulet (#8) were on duty to set their fastest times. Steven went first, setting a time of 2:18.492 after successful setup changes overnight. Maxime went slightly faster, posting a time of 2:18.350 to claim P5 in an incredibly tight grid that sees the top 16 cars covered by less than a second.

After qualifying, Maxime commented: "After difficult sessions yesterday, I'm so pleased to set a great time today. I hooked the car up well on the first lap and pushed hard, and P5 is a very good place to start a 24 hour race when staying out of trouble at the start is so vital."

Steven remarked: "It was a good lap but I didn't quite get the most out of the car. We changed the setup quite a bit from yesterday, and the car is much better. We're happy with a top ten grid place though, and it's great that all three Pro Bentleys are starting at the sharp end. It's a very long race tomorrow and this is a good start."