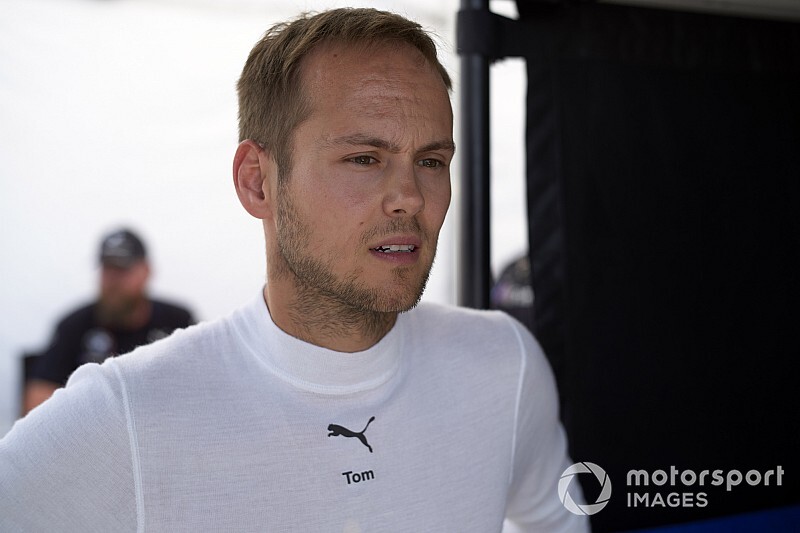 Tom Blomqvist will join the R-Motorsport Aston Martin GT squad for 2020 after his departure from BMW.

The Briton, who has been released by the German manufacturer this month after five seasons, will race an Aston Martin Vantage GT3 for the team jointly run by the Arden and JOTA Sport teams in the GT World Challenge Europe Endurance and Sprint Cups next year.

There has so far been no announcement of teammates for the winner of the Spa 24 Hours in 2018, but R-Motorsport's two-car campaign on the twin legs of World Challenge Europe is expected to include a number of the drivers who raced for the team in 2019, as well as the previously-announced Luca Ghiotto.

Blomqvist, son of former World Rally Champion Stig, said: “I’m really looking forward to joining R-Motorsport, which is undoubtedly one of the best teams around in endurance racing.

"I’ve competed against them a few times and know just how competitive they are. The 2020 season promises to be a great year.”

Blomqvist also thanked BMW for his time at the marque, during which he raced in the DTM, Formula E, the IMSA WeatherTech SportsCar Championship and the FIA World Endurance Championship.

The seat he occupied at the factory Rahal Letterman Lanigan team in IMSA last year has been taken by Bruno Spengler after his departure from the DTM.

Blomqvist won the the blue-riband Spa round of the World Challenge Europe, then known as the Blancpain GT Series, two years ago aboard a factory-supported Walkenhorst Motorsport M6 GT3 shared with fellow factory driver Philipp Eng and Christian Krognes.

One of the Swiss team's cars will be shared by Alberto Costa and Giacomo Altoe, while the other will be driven by Norbert Siedler and Mikael Grenier.

Franck Perera will partner Costa and Altoe for the five Endurance Cup races and Ricardo Feller will be the third man alongside Siedler and Grenier.