Triple Eight aiming for points in 24 Hours of Spa debut 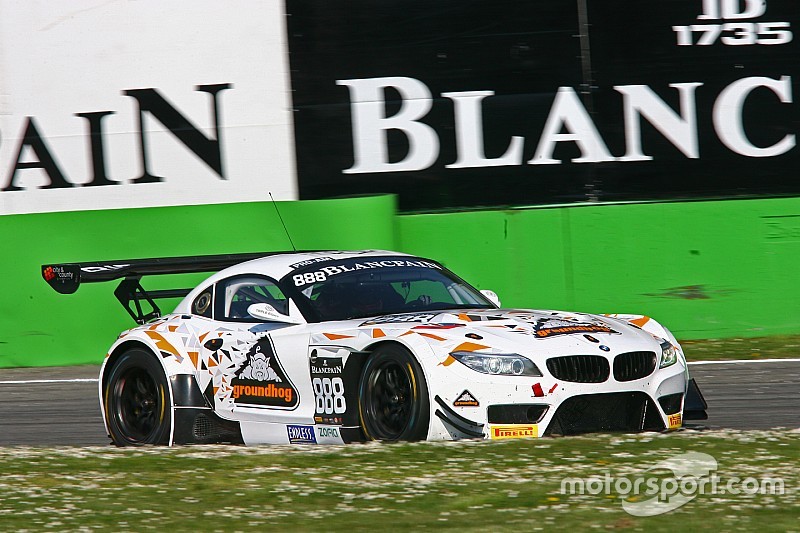 The 2015 Total 24 Hours of Spa will mark Triple Eight’s debut at the Belgian classic.

Top British customer BMW Motorsport outfit, Triple Eight Racing, set off for one of the biggest challenges in the team’s history this week, as they head to Belgium for the Total 24 Hours of Spa event, the fourth round of the Blancpain Endurance Series, to do battle against the toughest competition in GT racing.

The 2015 Total 24 Hours of Spa will mark Triple Eight’s debut at the Belgian classic and the team is keen to write another chapter in its GT racing history. With points paid out a three intervals (6 hours, 12 hours and 24 hours), the focus for the Greatworth-based team is a strong points haul in Belgium to get them back in the championship hunt.

Despite this maiden appearance in the Total 24 Hours of Spa, the British team are no strangers to the Spa-Francorchamps circuit, having tested and raced on the 4.35-mile Grand Prix circuit in the past month, completing several hours of running, picking up data and understanding of the complex track, which comprises high-speed corners, long straights and the famous ‘Eau Rouge’ corner.

Triple Eight is a big name in racing; the team has strong drivers and works in a very professional manner.

During the British GT race a fortnight ago, Triple Eight failed to yield a result following a minor mechanical failure while running in second place. However, the all-British regular Blancpain team in the #888 BMW, which comprises of Joe Osborne (Silver), Ryan Ratcliffe (Silver), and Lee Mowle (Bronze), will benefit this weekend from the expert knowledge and insight of German BMW factory star, Dirk Muller.

It’s been seventeen years since a BMW triumphed in the Spa 24 Hours, and that victory precedes the creation of the GT3 sportscar category. The event in 1998 was aimed predominantly at saloon-based Touring Cars, not the 500BHP+ GT3 supercars that will do battle this weekend.

Racing in the Pro-AM category, the second of the three classifications competing in the 2015 Total 24 Hours of Spa, Triple Eight will not want for competition. A massive 22 cars will be aiming for the three Pro-Am podium steps come the end of the race, but with just half of the field finishing last year, merely finishing the race will be a challenge in itself.

Track action at Spa-Francorchamps gets underway on Tuesday 21st July with three hours practice for Bronze drivers. Then on Thursday 23rd July there is over five hours of track time, including practice, qualifying and the adrenaline-fueled night qualifying session.

Lee Mowle: “I’m very much looking forward to the race at Spa. I’ve been lucky enough to participate in a number of 24-hour races since I started racing, but this is the biggest in terms of sheer magnitude and the scale of the GT3 field. I’ve done quite a bit of mileage around Spa in the past year, but I’d still very much say I’m a novice. The track is without doubt one of the best in the world, and I’m looking forward to going racing.

We’ve assembled a good team of drivers, engineers and mechanics, and I think our main goal is just to get to the finish. Looking at the entry list, there is a wealth of talent, even in our Pro-Am class, with some slightly dubious gradings, but at the end of the day we just need to focus on our race and stay out of the garage. Dirk has been a great addition to the team and we’ll hopefully present Joe and Ryan with opportunities to shine too.”

Dirk Muller: “The 24 Hours of Spa is a great event. For me personally it follows directly after the 24-hour races at the Nürburgring and Le Mans. The track is awesome and the Eau Rouge is always a highlight. Triple Eight is a big name in racing; the team has strong drivers and works in a very professional manner. I am really looking forward to tackle the race together with this squad. At the test, everything worked very well already. Our target is to win the Pro-Am class, but for sure this will not be an easy task regarding the highly competitive grid, but we will do our very best to succeed and take the win.”

Joe Osborne: “Last year I came close to stepping on the Pro-Am podium, and this year anything less than that again will be a failure in my eyes, despite it being a different team, car and set of drivers. I feel very confident around Spa, and really enjoy the challenge it presents. I’m a lot more comfortable coming back here for my second attempt, and I think with these big races, that is often the case. There are always changing conditions. You never know what to expect at Spa, so you have to be on your toes. At the same time, each year you gain more experience and feel confident that you can control those variables to the best of your abilities. Lee has completed several 24-hour races, Ryan has an ability to be consistent and then Dirk and I have to really drive a wedge into the upper order. It’s going to be a big fight in Pro-Am, but we’re ready.”

Ryan Ratcliffe: “I feel that we’re in a positive position heading into our first 24 Hours of Spa. We’ve been unfortunate not to score more points in the Blancpain series this year, but there is no margin for error with 20 or so cars gunning for points. Overall our races have been very clean and the team have given us the quickest BMW at most circuits, so that means we’re in a good place. It’s the first time that the four of us will have driven together, but Dirk is a great fit for the team, and he and Joe know what we need to do to here. As soon as you go into the garage in the 24 Hours of Spa, your chances of appearing on the podium are all but gone. If we can stay out of the garage, we have a chance of a good result.”