World class drivers David Brabham (Australia) and Álvaro Parente (Portugal) will join United Autosports’ highly-rated youngster, Matt Bell (England) for one the most impressive line-ups in the six-round 2012 Blancpain Endurance Series; and with the sole intention of taking the Pro Class crown.

The Leeds-based team has put together a trio of winning drivers in one of its two all-new McLaren MP4-12C GT3 cars, and each of these all-out racers is hungry to add the prestigious Blancpain title to his portfolio.

“I am very excited to be joining United Autosports.

David Brabham, the youngest son of three-times F1 World Champion, Sir Jack Brabham, has established himself as a world class sportscar driver. Following a season in Formula 1 in 1990 with the Brabham team - originally founded by his father - and another brief encounter in 1994, David moved into sportscars, the pinnacle of his career being winning at Le Mans. He took double GT1 class titles for Aston Martin Racing in 2007/8 preceding the outright victory with Peugeot. He also raised the bar by clinching the American Le Mans Series title twice in 2009 and 2010.

Co-driving alongside Brabham will be exciting Portuguese racer and McLaren GT-factory driver Álvaro Parente, the 2005 British Formula 3 and 2007 Renault 3.5 Champion joining United Autosports as a very valuable addition to the Anglo-American team. Parente is a race winner in the Formula 1 feeder series GP2 and a recent McLaren signing to develop the new 12C GT3 sportscar. Parente’s experience behind the wheel of the McLaren supercar will prove invaluable as the team switches marques this year.

Managed by United Autosports and youngest of the team’s #22 Pro car line-up, is 22-year old Matt Bell, who has been ear-marked as a future sportscar champion. Matt has been a revelation during the first two seasons with the team, and gets his big chance in 2012 alongside two extremely quick and proven champions. 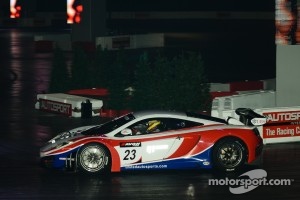 The two-car McLaren MP4-12C GT3 team heads to Monza on February 14/15th for its initial shakedown and test session with all six drivers.

Still an exceptionally young team, United Autosports - which is co-owned by American Zak Brown and Briton, Richard Dean - enters its third season of GT racing in 2012, with the very specific goal of taking its first major title in sportscar racing.

“I am very excited to be joining United Autosports; I have seen them in the paddock and on the race track and I was always impressed with their presentation and performances. They are a small team with big ambitions, so I am very happy to part of the team. I’ve had over 20 years of racing at a pretty good level and have worked for many factory teams, like BMW, McLaren, Panoz, Jaguar, Aston Martin, Bentley, Acura and Peugeot, so I have a lot of knowledge in developing cars, racing them and seeing how best to work with people and help get the most out of them.

“I raced a McLaren F1 supercar in Japan in 1996 and won the Japanese GT500 Championship, so it is great to race with them again. The McLaren MP4-12C GT3 is a beautiful looking car and I am sure it will be a lot of fun to drive. I am really looking forward to driving it with two fast team mates, and as always my expectations and goals are to win. I saw Álvaro race in Formula 3 and he was exceptional and has become a top driver in the sport. I don't know Matt that well, but if the team have signed him up, then he must be good. I have known Richard Dean for a long time and we raced together in Formula 3 in 1989, so it’s great we will be working together to help propel United Autosports into a winning team this year.” 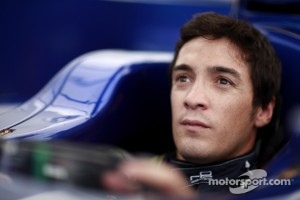 “I'm very happy to be racing for United Autosports in the Blancpain series and I know United is a strong and ambitious team, and that we will have all the correct ingredients to have a great year. We have a strong driver line-up and together with the team and the MP4-12C GT3 we will be looking good this year, and I can't wait to start racing! The championship is competitive and I really like the tracks we will be racing at such Spa, Monza and Silverstone where I have had some very good races.”

“This will be my third season since United Autosports’ co-owners Richard Dean and Zak Brown plucked me out of Ginetta G50s, and I can't wait for it! Having a good relationship with your team makes it much easier to turn up and get on with the job of driving. The Blancpain Endurance Series had phenomenal success in its first season last year and seems to have grown yet again for 2012. We took part in the Spa 24 Hours last year and it was an extremely competitive grid so I'm expecting more of the same this season.

“Although I haven't been out in the McLaren yet it looks fantastic, and with the company’s pedigree in both Formula 1 and sportscar racing, I'm expecting it to be an excellent car to drive too; it certainly looked very fast in the selected development races last year! What I'm most looking forward to though, is our driver line-up; to be sharing a car with McLaren driver Álvaro, as well as one of the most successful sportscar drivers in recent history in David Brabham, is a mouth-watering prospect and an excellent opportunity for me too.”

“Zak and I have been working hard on putting together our ideal line-up for our Pro car entry into the 2012 Blancpain series, and this is it! With Brabham, Parente and Bell we have every chance of success, and collectively the whole team has its eye on the goal of taking the title. I couldn’t be happier with the quality, speed and experience we have in the driver line-up. These guys will help further develop the car and the team, and will get every last 1/100th of a second out of the new McLaren MP4-12C GT3!”

Ferrari's victory at 24 hours of Spa

24 hours of Spa: Pier Guidi on winning the race