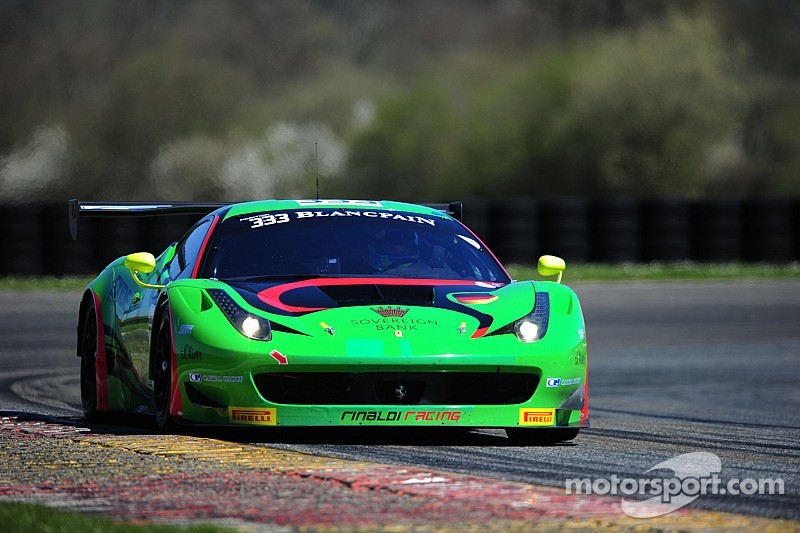 Some controversy following the opening round of the BES season.

Andrew Palmer, Fabio Babini and Jeroen Mul captured the first Blancpain Endurance checkered flag of 2015 with the Lamborghini Huracan. The car dominated on its debut, beating the Rinaldi Ferrari by a full 37 seconds. However, officials have taken the win from the No. 19 GRT Grasser Racing Team.

According to a release, officials determined a breach of the regulations was committed. "The refueling restrictor was deemed to be in breach of the rules." The team can appeal the penalty, but for now, they have been stripped of their Monza triumph.

This twist means the Rinaldi Racing Ferrari 458, piloted by Norbert Siedler and Rinat Salikhov are the winners. The No. 1 Belgian Audi Club Team WRT R8 LMS Ultra has been moved up to second as a result, and the No. 51 AF Corse Ferrari 458 Italia third.

In the Am class, the No. 111 Kessel Racing Ferrari of Stephen Earle, Marco Zanuttini and Liam Talbot were victorious.

There was a violent accident during the early portion of the race that saw the No. 54 Attempto Racing McLaren crash heavily into the armco, sending track workers running for cover before the car slammed into a passing Bentley.