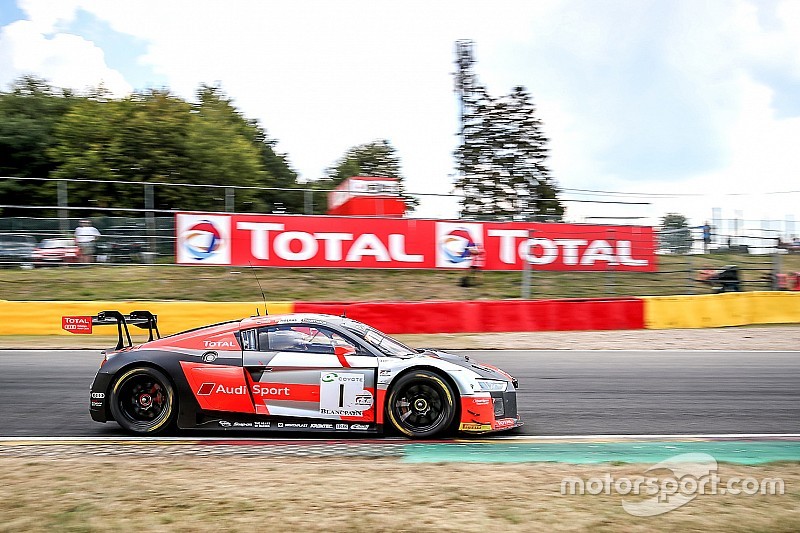 The pole-winning factory WRT Audi has lost pole position for this weekend's Spa 24 Hours for a technical infringement.

The two laps good enough for pole set by Dries Vanthoor in the top-20 'superpole' session yesterday evening have been wiped out because the car was found to have "a modified air tract which gave a performance advantage", according to a stewards' bulletin.

The Audi, which was six tenths clear of its nearest rival, will now start from 20th position on the grid for the double-points round of the Blancpain GT Series Endurance Cup.

A three-minute stop-and-go penalty to be taken in the race on the instructions of the race director has also been given to the car, which Vanthoor shares with Christopher Mies and Alex Riberas.

WRT has no right of appeal.

The exclusion promotes the R-Motorsport Aston Martin V12 Vantage qualified by Maxime Martin to first position on the grid.