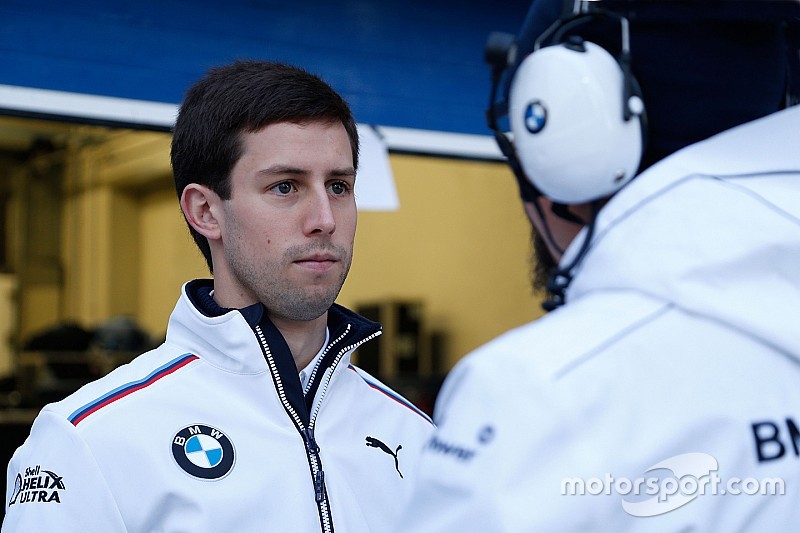 Alexander Sims and Philipp Eng will drive for Rowe Racing in the 2016 edition of the Blancpain GT series.

Sims and Eng, works GT drivers for BMW, will contest both the Sprint and the Endurance categories of the series, racing for the semi-factory Rowe team that switched from Mercedes to BMW in the off-season.

The duo will pilot BMW M6 GT3 machinery, albeit it is yet to be confirmed whether they will be partnered up or split between the team's two cars.

Former F3 and GP3 frontrunner Sims joined BMW back in 2014, spending two years in the British GT championship - where he helped Marco Attard to the title in his first campaign and finished runner-up alongside Attard the year after.

"This will be my third year with BMW, which I am really pleased about," Sims said.

"To be elevated to a full European program with a team like Rowe Racing is a great opportunity for me. I’ve experienced some fantastic racing thanks to BMW and I expect this year to be the highlight so far with a jam packed program.

Factory newcomer Eng, meanwhile, made his name in Formula BMW racing before switching to Porsche Carreras, in which he won the international Supercup series in 2015 and the German championship in 2014 and 2015.

"I am proud to be a part of the BMW family, as well as to race in the best GT championships with Rowe Racing. The combination of my driver colleagues, the team and the BMW M6 GT3 gives me confidence for a successful season," Eng said.