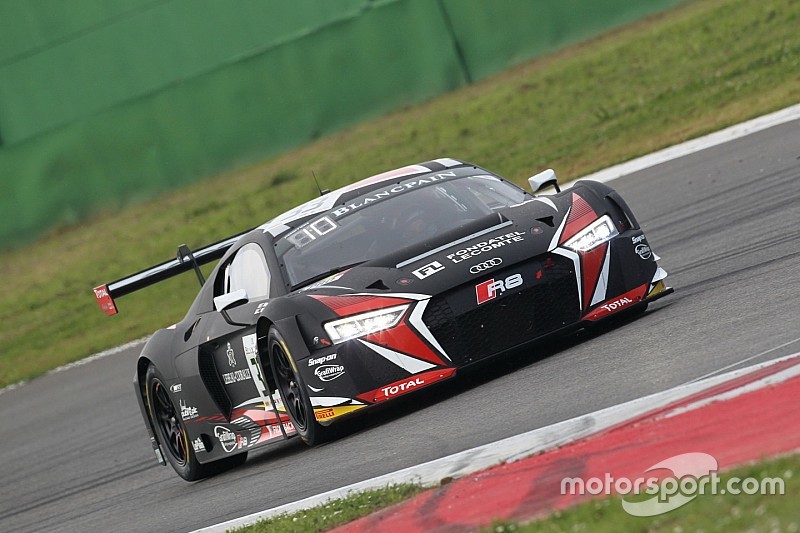 Qualifying Race winner Schneider had a good launch off the line to keep first and, with outside lane leader Marlon Stockinger slightly bogging down, it was Enzo Ide slotting in second.

In a league of his own, Schneider quickly pulled away from the Audi WRT car to lead by five seconds after the first 20 minutes.

Stockinger, meanwhile, found himself under attack from Maxime Soulet, who gained four places from 10th on the grid and then made two impressive moves on Clemens Schmid and Frederic Vervisch, the latter dropping back with car issues soon afterwards.

Soulet also passed Stockinger and was all over Ide for second before the Belgian handed the car over to teammate Christopher Mies.

Although he was 6.5s in the clear on the road, Schneider's HTP Mercedes lost the lead in the pits as Jules Szymkowiak rejoined the track three seconds behind Mies and just ahead of Soulet's replacement Andy Soucek.

However, Mies' lead soon disappeared as the safety car came out after two of the German's teammates, Sergio Jimenez and Michael Meadows, collided.

Mies failed to pull away from Szymkowiak after the restart but it was the German crossing the line first regardless.

Separated from the top two by a couple of lapped cars, Soucek failed to keep up and settled for third, keeping the Mclaren of Alvaro Parente and Rob Bell at bay.