Buhk and Baumann commence their title defence in Misano 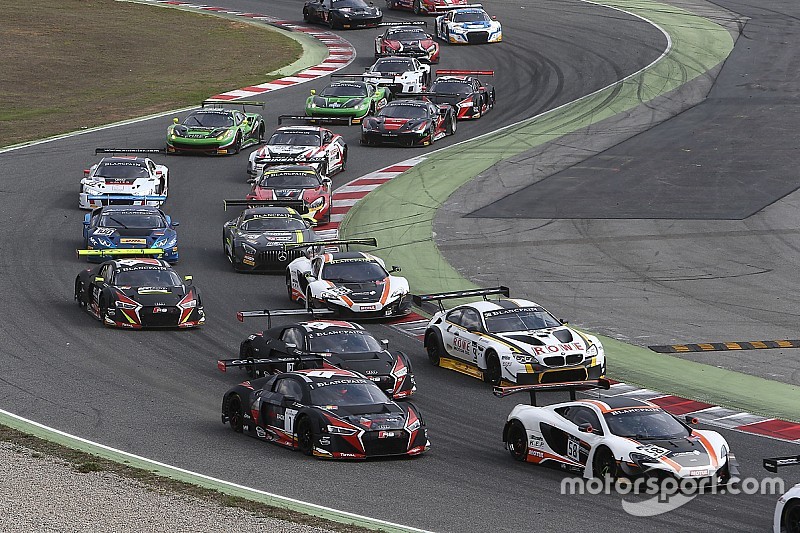 The first Sprint meeting of the season will have 34 cars on the starting grid, representing seven prestigious manufacturers.

The 2017 Blancpain GT Series kicks off next weekend, at the Misano World Circuit Marco Simoncelli.  Maxi Buhk and Dominik Baumann will defend their 2016 Blancpain GT Series drivers’ title, although the German and the Austrian are now at the wheel of different cars of the Mercedes-AMG Team HTP Motorsport.

Just like last year the entry list for the opening round of the Blancpain GT Series is very impressive, both in quality and in quantity. 34 cars on the grid means that space on the 4.064 km Italian track near the Adriatic coast will be at a premium. In 2016 we saw that an issue during the Qualifying Race - this Saturday evening joust will again be held in the dark - might endanger a good result. It will not be easy to get a good result if you have to start the Main Race (Sunday at 12.30 local time) from the 16th or 17th row on the grid.

Two brands provide the largest contingent of cars and both have reigning champions among their drivers. In the Mercedes-AMG camp Maxi Buhk and Dominik Baumann, the 2016 Blancpain GT Series driver champions, are split up, with Buhk driving the #84 car of Mercedes-AMG Team HTP Motorsport and Baumann the #86 car. The names of their team-mates will be announced shortly, together with the drivers of the #87. French squad Team AKKA-ASP even brings four Mercedes-AMG to the championship, with single-seater aces Daniel Juncadella and Raffaele Marciello in their line-up. Two of the AKKA-ASP cars will be entered in the Pro-Am Cup, just like the #34 Kornely Motorsport Mercedes-AMG.

Lamborghini has six cars on the starting grid, with GRT Grasser Racing Team and Attempto Racing each bringing two Huracans GT3. Adrian Zaugg and Max Van Splunteren, competing for the latter, are among the title candidates in the Silver Cup, in which they will be competing against the Lamborghini Reiter Gallardo R-EX of Marko Helistekangas and Caitlin Wood. The final Lamborghini, again a Huracan, is the hands of a new team to the Blancpain GT Series, Orange 1 Team Lazarus. With Fabrizio Crestani and Gustavo Yacaman at the wheel, the Italian squad is certainly looking for a great performance in front of the home crowd.

More Italian cheers will certainly be heard for the four Ferrari 488 GT3 that will compete in Misano. Three of them are entered in the Pro-Am Cup, in which Michael Broniszewski is defending his title. The Polish driver again teams up with Giacomo Piccini in the Kessel Racing machine, but the Swiss squad runs a stunningly decorated second car as well, for Piti Bhirombakhdi and Carlo Van Dam. Alexander Matschull and Daniel Keilwitz defend Rinaldi Racing’s colours in Pro-Am, with Lorenzo Case and Phil Quaife at the wheel of the sole Ferrari in the Silver Cup, the #55 Spirit of Race 488.

Both Bentley and BMW have two cars on the grid, entered by Bentley Team M-Sport and ROWE Racing respectively. While the driver pairings of the former are known for while now – last year’s Misano Qualifying Race winners Andy Soucek- Maxime Soulet on the #8 and Steven Kane with Vincent Abril on the #7 – the BMW team has yet to announce its drivers.