Enzo Ide ends off the season with a nasty feeling 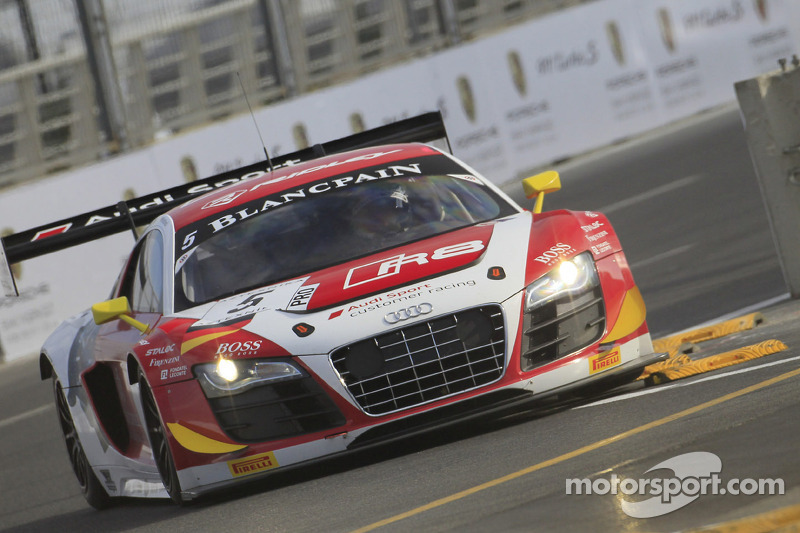 With this race in Baku for Enzo Ide the 2013 season has come to an end.

The final meting of the FIA GT Series was an extremely special one. For the final round of the European GT championship the drivers and teams headed off to the exotic Azerbaijan for the Baku World Challenge, a street race on an unpublished circuit on the Caspian sea, and drawn up …by Belgians. 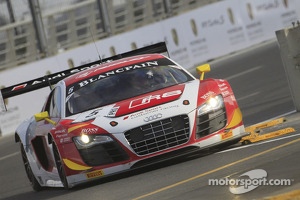 Enzo Ide was back with his regular Phoenix team and the Audi R8 LMS Ultra, but for the occasion he competed in both sprint races of 60 minutes with Markus Winkelhock, the reigning German GT World Champion. It seemed as though everything would turn out to be successful weekend in Baku for the Belgian-German duo, however two extremely strange decisions taken by the race directors crippled Enzo Ide’s chances of winning.

Already during the free practice sessions it was apparent that the Audi was at home in the streets of Baku. Both drivers found themselves to be very comfortable on this rather exceptional circuit.

Enzo Ide: “At certain moments somewhat dangerous, but all in all a great circuit. I had fun on it, but it wasn’t an easy track. Luckily with our world champion I had a great teammate, someone I was able to learn a few things from this time around.”

During qualifying the potential of the team, the car and the drivers were immediately proven. The Audi slotted itself into second spot of the timed sessions, an ideal starting point for the Sunday race. Unfortunately a few hours later bad news appeared.

Enzo Ide: “Due to a supposed problem with the rear wing our Phoenix Audi did not pass scrutineering. Winkelhock and I had clocked up the second best time this midday during the qualifying session, but now we see all our hard efforts go down the drain … Unbelievable!” The races were strong and proved how good the German car’s performance was not forgetting both divers.

Enzo Ide: “During the first race we set off from the last place on the grid, working our way up to the top-10, a perfect starting point fro the second and most important race of the weekend. Here again in the first instance everything was according to plan, because Markus took over the lead of the race and I had a feeling that we would at least clinch a podium place. But once again the race directors had other ideas, issuing me with an incomprehensible time penalty. For me this is pretty unlikely and I have a nasty feeling which I don’t want to go into further. Things have happened here that are difficult to explain or fathom …”

With this race in Baku for Enzo Ide the 2013 season has come to an end.

Sébastien Loeb Racing: A podium finish in Baku to end the season

Hexis Racing: No victory in Baku but a stunning feat!