Successful ascent: when Audi in the 2009 season initiated its customer sport program with the R8 LMS for the GT3 class, this class was one of four major GT categories. Meanwhile the GT3 is not only making its mark nationally but increasingly on an international level as well. Following the inception of a FIA European Championship for GT3 models in 2006, there will also be a FIA GT1 World Championship exclusively held for GT3 vehicles in the future. Consequently, the Audi R8 LMS ultra will be able to compete in the world’s top racing class for GT vehicles and, in the 2012 season, fight for a world champion’s title of its own for the first time. 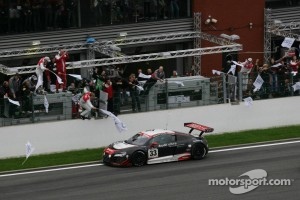 "We very much welcome the decision of the FIA World Motor Sport Council on December 7th in favor of the GT3 cars," emphasizes Werner Frowein, Managing Director of quattro GmbH. "In the future, this vehicle class will not only stand for high-caliber national and European customer sport but also for the world’s pinnacle in GT racing. We are delighted that Team WRT has submitted its entry for the World Championship and will be representing the colors of Audi Sport customer racing."

The squad based in Flénu, Belgium, has been fielding the Audi R8 LMS in various European championships since 2010. Only two years old, the team has celebrated some remarkable successes this season, having clinched overall victories at the Spa and the Zolder 24 Hours plus having won the Blancpain Endurance Series. "The GT1 World Championship is a wonderful new commitment for us," says a pleased Team Director Vincent Vosse. "We’re facing a challenging new task which all of our team members are looking forward to."

According to the wishes of World Championship promoter SRO each team is to compete with two cars of a single vehicle model from a single brand, respectively. While in most GT3 racing series professionals and amateurs share a cockpit, only professional racers compete in the GT1 World Championship. WRT is planning to select and announce its drivers before the end of December. The details on the format of the competition will be approved by the FIA shortly. It is expected that there will be ten worldwide events, each featuring two one-hour races. A provisional race calendar has already been established. 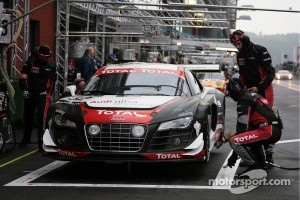 MotoGP great Valentino Rossi has admitted he needs to get on the pace quicker as he transitions to four wheels in the GT World Challenge Europe this year.

Ferrari claimed a first overall victory in the GT World Challenge Europe Sprint Cup in nearly seven years as the Italian manufacturer and Mercedes shared out the honours at Brands Hatch.

Bike racing legend Valentino Rossi is relishing the chance to race on the Brands Hatch Grand Prix circuit for the first time in this weekend’s GT World Challenge Europe round.