Frijns signs up for Blancpain return alongside DTM debut 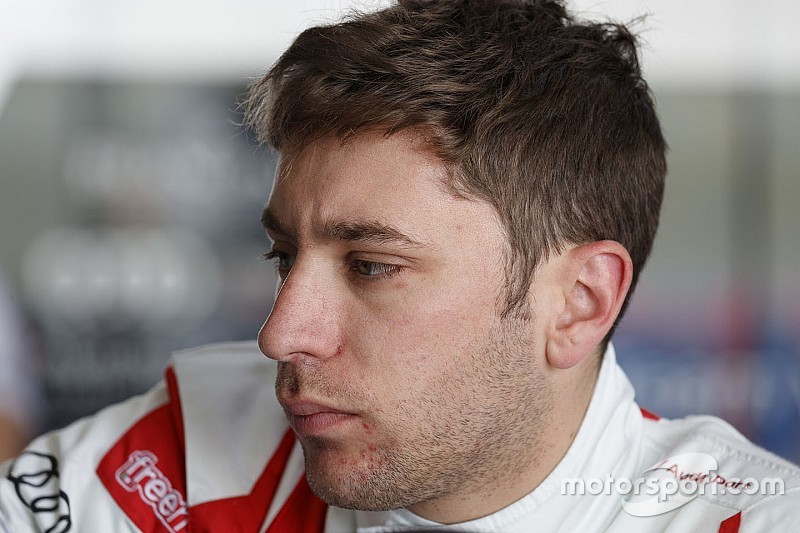 New Audi DTM driver Robin Frijns will return to the Blancpain GT Series with the WRT Audi team in 2018.

The Dutchman will dovetail his DTM campaign for the Abt team with a full Endurance Cup programme in one of WRT's Audi R8 LMS GT3s and three races in the Sprint Cup.

Frijns will share with Stuart Leonard and Audi regular Sheldon van der Linde in the enduros and his 2017 co-champion, Leonard, in the sprints.

Frederic Vervisch will replace Frijns at the Brands Hatch and Misano rounds when he has a clashing DTM commitment.

Van der Linde, who finished third in last year's ADAC Masters series, is one of two newcomers to the WRT line-up for 2018.

Former Porsche Supercup frontrunner Alex Riberas, a regular in Porsche and Ferrari GT machinery for the past four years, has joined the Belgian team for both legs of the Blancpain GT Series.

The 24-year-old Spaniard will race in the sprints alongside Audi factory driver Christopher Mies, with Dries Vanthoor joining them for the enduros.

WRT team boss Vincent Vosse told Motorsport.com: "Alex had been very strong in the test days that we have done so far, but I am not surprised because I had done my homework."

WRT will run four cars in the Sprint Cup and two in the Endurance Cup.

Vanthoor will races together ex-Formula 1 driver Will Stevens in the Sprint Cup, while the drivers of the fourth car have yet to be confirmed.

Vosse said that the was "very happy to put together these line-ups".

He also revealed that the team will continue in the Intercontinental GT Challenge after its victory in the Bathurst 12 Hours in February.

He said that he planned to run "at least one car and possibly two" at the Suzuka and Laguna Seca rounds in August and October respectively.

WRT is expected to expand its Blancpain entry for the Spa 24 Hours in July with a pair of factory R8s.

The team will also contest the Nurburgring 24 Hours in May with a factory car to be driven by Frijns, Vanthoor and DTM champion Rene Rast.

Ratel: Blancpain Sprint Cup not in danger with smaller grid