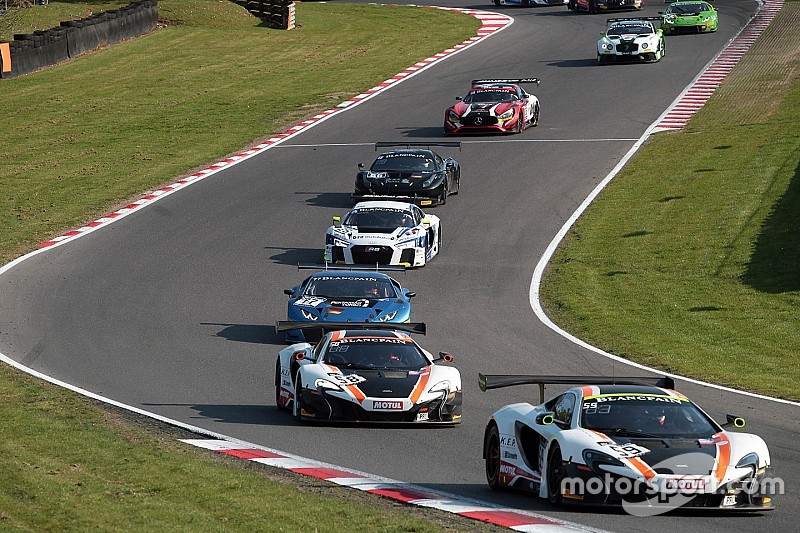 Stephane Ratel, the promoter for the Blancpain GT series, says he welcomes the arrival of a new championship for GT3 cars sanctioned by the Automobile Club de l'Ouest (ACO).

Ratel, through his company SRO, has built one the strongest GT racing championships, with up to 57 cars in the Blancpain GT Series Endurance Cup and 39 in its sprint division.

The Frenchman has been involved in motorsports over 25 years and seems to have found the key to create a GT competition in which drivers, despite racing different machinery, can make the difference in a level playing field.

The best example is the result of the third qualifying session of the Blancpain GT Endurance Series at Monza, where 30 drivers had set a time within one second of pole position.

“You don’t find many competitions with so many cars in one second, nine cars within two tenths, and four of them in one tenth. This is exceptional,” Ratel told Motorsport.com.

“Also considering we have 11 manufacturers on the grid. It’s a triumph for Balance of Performance [BoP]. People thought it was difficult to achieve and here we are. Most manufacturers are within a few tenths and that means something.

“The rest is really down to the teams. With BoP you can never put all the cars in one tenth, but with most manufacturers in like five tenths of a second, it really shows that in the end the driver, the set-up and the competition comes down to the drivers and the teams.

"Pure talent and team effort; that makes it interesting.”

Looking at the competition, Ratel admires the GTE class at the Le Mans 24 Hours: “It’s a good competition. It’s different to GT3 because that aims for teams with some level of manufacturer support while GTE is a manufacturer competition.

"But it’s good and Le Mans is so attractive that’s it’s normal that people want to win something at Le Mans.

The ACO, the organiser of the Le Mans 24 Hours and World Endurance Championship, has now launched the GT3 Le Mans Cup.

But Ratel doesn’t worry about the new competition: “Success means competition. There is no success without competition, so when you succeed in something, others want to copy.

“ACO owns the biggest endurance racing series in the world, and it’s a bit of a surprise they come after GT3 this way. It’s their choice and we accept competition. No problem with that.

“We always had competition, from the beginning of our success with GT3 racing. We also created championships which were then taken over by others. Some failed, some did very well. Having competition is normal.”

Looking ahead, Ratel wants to strengthen his position globally with the Intercontinental GT Challenge.

Organising and promoting endurance races at Spa-Francorchamps, Sepang and Bathurst, the 2017 calendar should feature a race in the United States. Therefore, he has started a collaboration with the Pirelli World Challenge.

In addition to that, he aims to attract a larger audience: “We still have work to do. We need to attract more public and grow the media attention.

"From what the product is concerned, I think we are where we wanted to be. The fundamentals are good, as I think we have a very good balance in private teams and [factory] supported teams. It makes the outlook very promising.”